The first phase of an affordable housing community in Moreno Valley has opened.

Courtyards at Cottonwood, an 81-unit gated community with 60 units for lower-income families and 20 more for lower-income seniors, opened Sept.14, according to a statement on the city’s website.

The project, at 24580 Cottonwood Ave., was developed by the city, Riverside County, Rancho Belago Developers, Inc. in Moreno Valley and Kingdom Development, Inc. in Riverside.

CREA, LLC in Indianapolis, which arranges tax credits for low-income housing projects, was also a partner in the project.

Phase one was completed June 30 and was fully occupied within five weeks. The second phase of Courtyards at Cottonwood, which will feature 32 units, is expected to start construction next year.

“I’m excited to introduce the Courtyards at Cottonwood Apartments,” said Jim Jernigan, President of Rancho Belago Development, in the statement. “This development was nearly ten years in the making. As a local business owner, I am excited to provide quality, affordable housing to Moreno Valley.”

Since 1996, Rancho Belago has built eight affordable-housing communities – more than 600 units combined – in Moreno Valley, according to the statement. 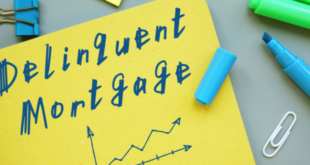 Mortgage delinquencies and foreclosure rates remained near record lows in June, according to data released …