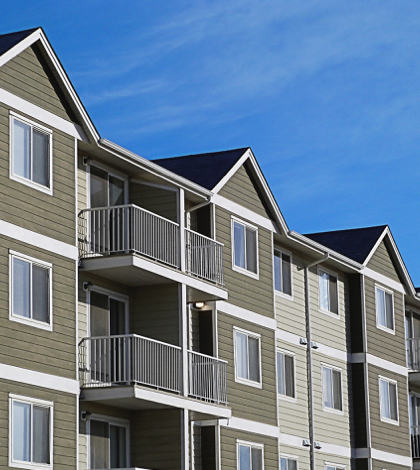 Apartment residents in the Inland Empire should expect to pay more in rent during the next two years.

Average multifamily rental rates are expected to increase by $84 in Riverside and San Bernardino counties through 2018, according to the annual USC Casden Multifamily Forecast, which was released Wednesday.

San Diego County is predicted to take the largest hit: multifamily rental rates there are expected to increase an average of $155 during the next two years, according to the forecast, which is released by the USC Lusk Center for Real Estate and produced this year by Beacon Economics in Los Angeles.

Even though construction permits for more than 38,000 multifamily units were issued in those four markets last year – the most since before the recession – vacancy rates are expected to keep declining during the next two years, which means rental rates will continue to go up.

“Population and employment growth are driving up demand faster than new inventory can hit the market,” said Raphael Bostic, interim director of the Lusk Center, in a statement. “For renters, new construction has simply kept a bad situation from getting worse.”

Average rental rates in the Inland Empire were $1,155 a month last year, while the region’s vacancy rate was 7.5 percent.

This year, the average monthly rental rate in the two-county region is expected to be $1,239, and the region’s multifamily vacancy rate is expected to drop slightly to seven percent, according to the forecast.