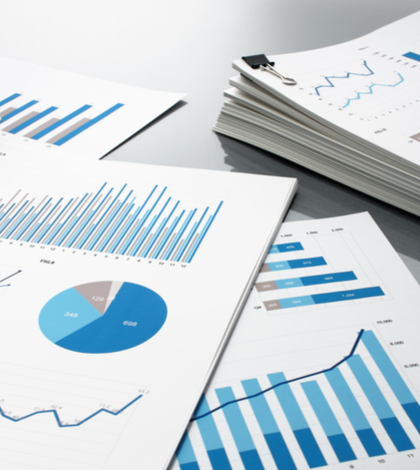 One more month of expansion and the sector will have grown for 30 consecutive months, its longest streak ever.

Barring something unforeseen, the Inland Empire’s manufacturing sector is about to set a record.

For the past 29 months, the region’s purchasing managers index – a monthly report published by the Institute of Applied Research and Policy Analysis at Cal State San Bernardino – has been above 50.

Fifty is the dividing line that determines whether the manufacturing sector in Riverside and San Bernardino counties is growing or not growing: 50 or above means it is, below 50 means it isn’t, and it takes three consecutive months in either direction to establish a trend.

That matches the previous record of 29 months of at least 50 or better, which was set from December 1995  through April 1998, although the current streak is a little more genuine than the first one.

The index has been published for 26 years – the first report was released in August 1993 – but not without a few interruptions. It was not published six times, usually because of a lack of funding that ended up being temporary.

The first 29-month streak included October and November of 1996, two of the times when no index was published. Because the local and national economies were performing so well at the time, with no sign of a slowdown, the institute declared both of those months “growth” months for Inland manufacturing.

No interruptions happened during the current streak, and institute officials haven’t said anything recently about funding problems. There’s no reason to believe the next report won’t come out on schedule July 1, the first working day of the month.

There’s also no reason to believe next month’s index will fall below 50.

“The Inland Empire manufacturing sector and overall economy have been in growth mode for nearly two and a half years, and there is nothing in this month’s data to indicate that the trend will not continue for at least the next three months,” the May report states.

“Manufacturing moves up or down with the economy, and right now the economy is up so manufacturing is up,” Husing said in the spring of last year,  when the Inland Empire’s streak of  manufacturing growth was about halfway to where it is now. “It’s that simple.”

But there are still reasons to be concerned about Inland manufacturing, and the Inland economy, according to Sirotnik.

“I think the economy is doing well, it’s relatively strong and new orders are up, but I’m hearing a lot of concern about tariffs from the people I talk to,” said Sirotnik. “They’re afraid of the tariffs because they don’t know what impact they’ll have.”

Sirotnik is referring to the tariffs the Trump Administration imposed on China last year, and to a proposed five percent tariff on all goods imported into the United States from Mexico that could go into effect today if negotiations to tighten the border between the countries aren’t successful.

Every report contain anonymous quotes, or portions of anonymous quotes, from purchasing managers commenting on the economy and where they believe it’s heading. The sampling from the May report back up Sirotnik’s observation:

One reason manufacturing has stayed up, both locally and nationally, is the business community’s embrace of President Trump, particularly the tax cuts he signed into law in December 2017.

Businesses always welcome lower taxes, and the bulk of those cuts  were aimed at business, Sirotnik said.

“A lot business people believe in Trump and perceive him to have a lot of charisma,” Sirotnik said. “They have confidence in him because of his business background. But the economic recovery started under Obama.”

Most business owners are skeptical about tariffs because they could produce a number of outcomes, including a trade war with China or Mexico, said Bud Weisbart, co-owner of A&R Tarpaulins in Fontana.

Started in 1976,  A&R makes tarps for the aerospace industry, generating about $4 million a year in revenue.

“A lot of what any business does depends on predictability, on having some idea of what’s going to happen,” Weisbart said. “That’s why there’s some concern about the future. No one wants a trade war.”