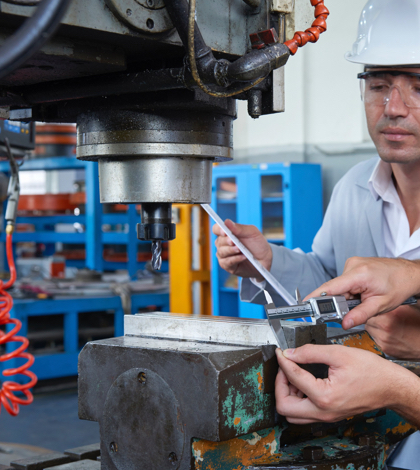 Manufacturing in the Inland Empire continued to grow during March, but not by very much.

The region’s purchasing managers index last month was 51.7, down from 56.4 in February, according to the Inland Empire Report on Business, which was released Friday.

That’s a classic “good news-bad news” scenario: on the one hand, the index remained above 50, which means manufacturing in Riverside and San Bernardino counties is still growing.

However, the index dropped nearly five points in one month, which means the growth rate is at a snail’s pace, to borrow the description used in the report’s headline.

“We had a big increase [in February], and whenever that happens you expect the number to come down some,” said Barbara Sirotnik, director of the Institute of Applied Research and Policy Analysis at Cal State San Bernardino, which publishes the monthly report. “We call it a regression to the mean, which means a return to a more normal number. So I’m not really bothered by [the decrease].”

One reason for the slip might be concern among some manufacturers regarding California’s pending increase to a minimum wage of $15 an hour, which Gov. Jerry Brown is expected to sign into law.

In one area the Inland Empire’s purchasing manager’s weren’t as pessimistic as they sometimes are: 78 percent of them said they expect the economy to remain the same during the next three months, while 15 percent said they expect it get stronger.

Only seven percent of those surveyed believe the economy will get weaker during that time, according to the report.