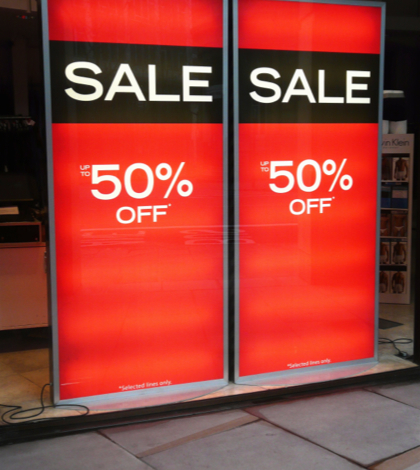 National retail sales dropped last week, and Mother Nature is being blamed for the decline.

Sales for the week that ended Saturday were down 1.3 percent compared with the previous week, according to the International Council of Shopping Centers and Goldman Sachs Weekly Chain Store Sales Index, which was released today.

That drop was due, at least in part, to last week being the coldest second week of May in four years and the wettest in 23 years, said Michael P. Niemira, the council’s chief economist and vice president of research.

The news was not all bad: national sales were up 2.4 percent year-over-year, an encouraging sign, Niemira said.

Sales for May are expected to increase three to 3.5 percent compared with May 2013, according to the council.