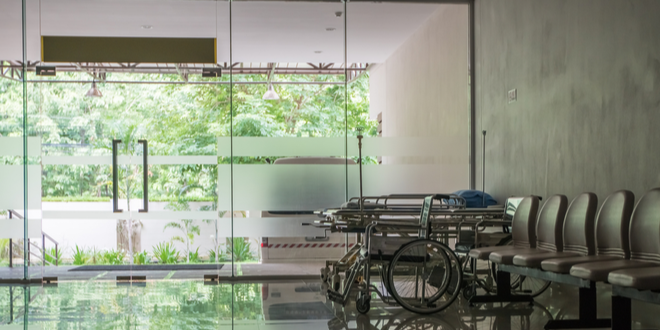 Apple Valley looks at losing its only medical center

In a few years, 65-year-old St. Mary Medical Center in Apple Valley will be shut down and a replacement rebuilt in Victorville. That has Apple Valley officials and residents concerned, but there appears to be little they can do about it.

Thanks to California’s stringent earthquake laws, Apple Valley may be on the verge of losing its only medical center.

If all goes as planned, Victorville, a city with two hospitals, will get a third.

Early this month, Providence Southern California, owner of St. Mary Medical Center in Victorville and Kaiser Permanente announced they will shut down the medical center and develop its replacement in Victorville, they hope by the end of 2026.

The 260-bed facility, which must pass multiple regulatory reviews before it can be built, will be developed on Amargosa Road in Victorville, according to a statement released by both parties.

The new St. Mary Medical Center, which will be operated by the two healthcare providers, will be built on 98 acres west of Interstate 15, between Bear Valley Road in Victorville and Main Street in Hesperia.

Kaiser Permanente, one of the largest and best-known healthcare companies in the United States, has approximately 100,000 members in the High Desert. That makes Victorville – the largest city in the region, with easy access to Interstate 15 – the logical place to build a hospital.

Why develop a $750 million hospital in a city that already has two?

Because it would be too expensive to upgrade St. Mary Medical Center enough so that it would meet California’s stricter seismic requirements, which are scheduled to go into effect in 2030.

That’s why Providence Southern California-Kaiser Permanente partnership is a potential catastrophe for Apple Valley, a rural and somewhat isolated community with a population of 72,726. Should St. Mary Medical Center shut down, Apple Valley will have no major healthcare facility, and nothing equipped to handle medical emergencies.

“There were a few rumors, but for the most [part] I don’t think people thought this was coming,” Emick said. “It’s a huge hit for the community. Victorville is seven miles away, but whenever I drive there I always give myself at least 20 minutes to get there because if traffic.”

“That’s way too long if you’re dealing with an emergency.”

One solution to that problem would be to build a stand-alone emergency center in the former medical center, or somewhere in Apple Valley, after the move is made, but California law prohibits such facilities.

“We’ll lose a lot of jobs, and a lot of the businesses around the hospital will be hurt,” Emick said.  “There’s a big economic impact connected to this down the road.”

Upgrading St. Mary Medical Center would cost about as much as building a new hospital – $750 million – but that kind of renovation would cause lengthy closures of some departments, said Eric G. Wexler, president of operations and strategy for Providence Southern Southern California – South.

“The surgical, diagnostic and in-patient units could all be shut down for months, even longer,” Wexler said. “That would not work.”

A lot of hospitals are struggling with the state’s new seismic laws, which require hospitals to be strong enough to keep functioning after a major earthquake.

“We all know the big one is coming, and we have to be ready for it,” Wexler said.

In a statement released shortly after the two healthcare agencies announced their partnership, Apple Valley officials noted that the medical center at 18300 State Route 18 has been an important part of the community since it opened in November 1956.

The statement also pointed out that Apple Valley residents raised much of money needed to get the hospital built, just as they held fundraisers through the years to keep it operating or possibly build another hospital in town.

Now that hospital is living on borrowed time, and one person close to the situation says there’s no way anyone can change that.

“They’ve made up their mind,” said Peter Allan, a retired attorney and a member of the St. Mary Medical Center Foundation Board for eight years. “There may be a few things that remain in Apple Valley, but the medical center is going away.”

“I know that’s going to happen. It’s a done deal.”

Because it’s been in business for so long and been so important to the community, St. Mary Medical Center is a “sentimental issue” to a lot of Apple Valley residents, according to Allan.

“People are used to having it, and they’re glad they have it because it’s worked well for them over the years,” said Allan, who said he recently made a $100,000 donation to St. Mary Medical Center, money he regrets will end up in Victorville.

“Maybe one-fourth of Apple Valley’s population above a certain age was born there.”

That group will meet four times a year. It will “assess health and community needs and discuss the possibility of developing health-related services on the [Apple Valley] property,” according to a statement.

No members have been selected and no sessions have been scheduled, said Bryan Kawasaki, spokesman for St. Mary Medical Center.

“I like the idea of an ad hoc committee,” said Nassif, who is also a member of the medical center’s foundation board, during a telephone interview. “If it’s done correctly, I think it can get a lot accomplished.”

Kaiser Permanente and St. Mary Medical Center “made a business decision” to move to Victorville, based on California’s more stringent regulations that will make hospitals safer from major earthquakes, something that will cost the state billions of dollars.

“It’s another example of California taking a one-size-fits-all approach to a problem, and now everyone has to figure out how to deal with it,” said Nassif, who has long supported replacing St. Mary Medical Center with a modern facility in Apple Valley.  “But our concern now should be getting the best healthcare we can for our town.” 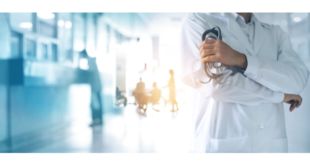