That designation shows the university’s “continued prominence as the premier institution of higher education for cybersecurity education” according to the statement.

The United States has a deficit of over 500,000 cybersecurity workers,” said Tony Coulson, executive director of the Cybersecurity Center, in the statement. “This is an opportunity for over 300 colleges and universities to work together to help solve the workforce crisis including K-12, and over 20 initiatives and hundreds of partners across the United States.” 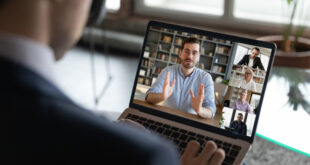