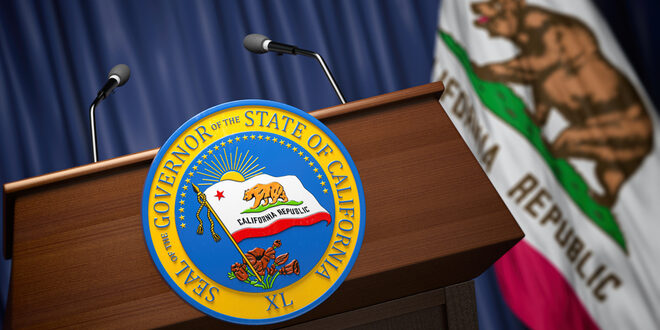 After the mayors of Californias’s largest cites proposed spending $20 billon to end homelessness, Newsom came out with a $12 billion proposal. The state appears ready to spend a lot of money to try and solve one of its most severe problems.

Mayors of California’s 13 largest cities are asking the state for major assistance in their fight to solve the state’s homeless crisis.

The group, which calls itself the Big City Mayors, held a virtual news conference April 29. They asked Gov. Gavin Newsom to spend $4 billion a year for five years to get people off the streets.

The group’s goal is to find a permanent residence for nearly every person who entered a homeless shelter in California last year. If approved, California would spend more money to fight homelessness than any state ever, enough to build 100,000 houses for its unhoused residents, according to the group.

Two weeks after that announcement, Newsom announced that he wants to spend $12 billion to solve the state’s housing crisis, in part by building on efforts to shelter people undertaken during the pandemic.

If approved by the state legislature, Newsom’s program would provide 65,000 people with housing, give “housing stability” to more than 300,000 people, and create 46,000 new housing units, according to data provided by the governor’s press office.

Although it’s $8 billion less than what the mayors are asking for, Newsom’s proposal is substantial, and a sign he’s serious about solving one of California’s most severe and intractable problems, said Riverside Mayor Patricia Lock Dawson.

“Residents in our cities have made it clear that homelessness is one of the greatest challenges of our time,” Lock Dawson said in a statement during the virtual conference. “This multibillion-dollar proposal allows us to address the gravity of this crisis in our cities and support long term solutions to homelessness. While we remain certain about recovering from this pandemic, we must also be equally certain and optimistic in our ability to meet the crisis of homelessness in our cities.”

Unfortunately, the problem is getting worse, especially in large cities, which tend to attract more people without a home.

In California last year, about 30 percent of the people who became homeless did so for the first time and not only because of COVID-19, according Lock Dawson.

“There were a lot of reasons, which is the way it is with homelessness,” she said. “There’s no one explanation.”

In California 161,548 people were homeless on a single night in January 2020, according to the annual Point-in-Time count conducted nationwide by the U.S. Department of Housing and Urban Development.

Throughout 2020, local providers reported serving 248,130 homeless people in California, of which 91,626 found a place to live that year, the California Business, Consumer Services and Housing Agency reported.

“I don’t think we would be having this conversation if the governor hadn’t made that announcement,” Lock Dawson said.

Now is a good time to attack homelessness, according to the mayoral group. The state recently announced a $75.7 billion surplus, and it’s received $26 billion from the American Rescue Plan, the $1.9 trillion economic stimulus package.

If approved, Newsom’s California Comeback Plan would become part of the state budget. In additional to the housing for 65,000 people, it will help an estimated 300,000 people pay their rent or deal with other housing issues.

The governor’s proposal would also provide at least 28,000 beds and housing for individuals with behavior issues and seniors with a high risk of becoming homeless.

Newsom’s program, which he called unprecedented in U.S. history, is meant to build on the success of Project Homekey, an emergency program that has sheltered 36,000 people during the pandemic while building 6,000 affordable housing units.

“Within a year, Homekey did more to address the homelessness and affordable housing crisis than anything that’s been done in decades and became a national model,” Newsom said in a statement then days his program was announced. “Now is the time to double down on these successful efforts. The California Comeback Plan … seeks to end family homelessness within five years.”

The state legislature will likely settle on a number between Newsom’s $12 billion and the Big City Mayor’s $20 billion, according to Lock Dawson.

“I think you’ll see some negotiation, and a compromise will be reached,” she said.

How much is needed to solve the state’s homeless problem remains to be seen, according to one Inland Empire homeless activist.

“My experience has been that the easy part of fighting homelessness is getting people off the street,” said Eric Gavin, who until recently was in charge of Fontana’s efforts to eliminate homelessness, and Upland’s before that. “After that, you have to get them the right services and make sure they’re ready to live on their own. I’m not sure either of these proposals addresses that. If you just warehouse people it won’t work, and eventually you run out of money.”

Gavin recently resigned from his coordinator position in Fontana and says he will return to his software business for at least a couple of years.

“I really need a break from it,” he said. “Fighting homelessness is very draining work, and it takes a proper commitment. Cities really don’t want to deal with it.”