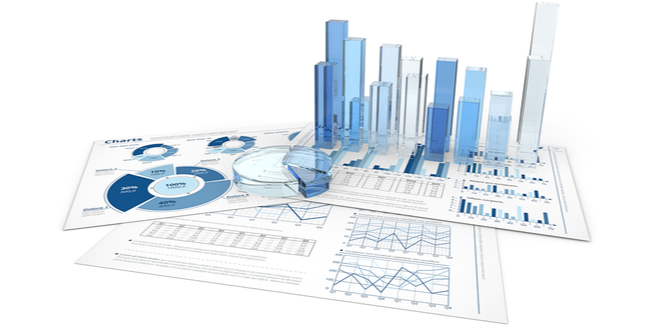 Vacancy and lease rates likely will be flat during the next 12 months, and don’t expect to see many office buildings under construction. The big issue, like everywhere else, will be how many people return to the office after working at home during the pandemic.

As the new year approaches, the Inland Empire office market is a mix of good news and some not-so-good news.

On the positive side the two county region recorded positive net absorption of 27,524 square feet of office space during the third quarter, the most it has added since the first quarter of 2020, according to CBRE.

That’s a solid number, but it wasn’t enough to turn 2021 positive. Total office space absorption during the first nine months of the year was negative 18,605 square feet, meaning the local office market will likely have negative net absorption in 2021.

Average lease rates were $1.96 per square foot, a seven percent drop year-over-year, and construction – 30,521 square feet underway as the third quarter closed – was flat compared with one year earlier.

Vacancy, at 10.2 percent, was down slightly from the third quarter of 2020, but available space increased nearly 17 percent.

“Smaller-scale local private entities in the Inland region continued to reopen in the third quarter, with many moving toward 100 percent in-person staffing,” CBRE state in its third quarter report.

The overall picture is of a market that retains its fundamentals but is struggling to find its balance, mostly because of the changes wrought during the last 21 months by COVID-19. The most significant of those changes was people working out of their home after being forced to leave the office for health concerns.

Now, a lot of people have discovered that it’s easier – and often more affordable –  to work from home, and they’re resisting returning to their workplace. How that battle is resolved will go a long way to determine the future the office market, both locally and nationally, said Tom Pierik, senior vice president with Lee & Associates Riverside.

“A lot of people are starting to go back to the office, but some people still want to work out of the house,” Pierik said. “It doesn’t work for everyone, but if you have to get your kids to school in the morning, it works.”

Management and its workers should compromise, because there are benefits for both sides if some people are allowed to work from home, according to Pierik.

“I think more people will go back to the office in 2022, but I can see a hybrid emerging,” Pierik said. “People will work out of the house one or two days out of the week, and schedules will be a lot more flexible.”

The Inland Empire will see a little more office activity in 2022 than it did this year, but a return to where it was before the pandemic is not likely, said Jerry Holdner,  a Laguna Beach-based economic consultant who has long worked with Inland Empire clients.

“It will be a better year, but not something you would call gangbusters,” Holdner said. “All of the Southern California office markets will improve next year, but it’s hard to compare the Inland Empire to some of those markets, like downtown Los Angeles. The Inland Empire doesn’t have as much Class-A office space as those markets do.”

Lease rates and absorption are likely to be flat in 2022, with any increases in either category being “very slight” and probably confined to the first quarter, Holdner said.

Construction will be negligible, with any new projects limited to build-to-suits.

“Beyond that, I don’t see much happening,” Holdner said. “In some places we’re seeing office space converted to “end-of-mile” storage space for companies like Amazon, and I expect that to continue.”

Last year saw the completion of Lakeshore Plaza in Corona, which was built without a signed tenant.  That four-story project is one of only several “spec” projects built in the Inland Empire since 2008, when the Great Recession hit, but there is no speculative development on the horizon in 2022, Holdner said.

The first tenant signings for Dos Lagos are expected to be announced this year, said Pierik, who is helping to find tenants for that Class A development.

The Ontario-Corona-Rancho Cucamonga market should remain strong in 2022, as will Riverside, and Hospitality Lane in San Bernardino will see some leasing activity, said Phil Woodford, senior vice president with CBRE Ontario.

“I think the Inland office market will be strong next year, not as strong as the industrial market, but it will be busy,” said Woodford, who has been negotiating office deals in the Inland Empire for 30 years. “A lot of of lease agreements are coming up next year, and that will create a lot activity. A lot people are focusing on next year.”