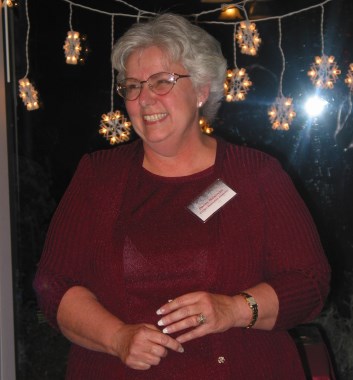 Penny Newman has spent nearly 40 years trying to change the system from the outside. Now she’ll try to change it from the inside, assuming she can elected.

Not many people make their first run for public office right after they turn 70 years old.

Not so for Penny Newman, who has decided to make a run for a seat on the Riverside County Board of Supervisors.

Newman is the founder and executive director of the Center for Community Action and Environmental Justice in Jurupa Valley, the Inland Empire’s largest and most influential environmental group.

That group, which Newman started in 1979, grew out of the battle over the Stringfellow Acid Pits, a large toxic waste dump at the base of the Jurupa Mountains in Riverside County. The site closed in 1972, after it was learned waste from the site had for years been leaking into the local groundwater supply.

Newman, a Glen Avon resident at the time, helped lead that battle to clean up the 17-acre site. The controversy received national media attention and led to the creation of the state and federal Superfund cleanup programs, as well as the implementation of stronger environmental laws.

“We drew attention to a serious environmental problem,” Newman said. “I think that’s been my biggest accomplishment.”

During her nearly 40 years running the center, Newman has fought numerous battles, most notably her crusade to slow the construction of warehouse-distribution centers in Riverside and San Bernardino counties.

“Yes, they create jobs, but I think we can do a lot better,” Newman said. “I would rather see us go after things that create more jobs and pay people a livable wage.”

Now Newman has decided to run for the seat held by Supervisor John Tavaglione, who will retire when his term expires next year.

Newman spoke with IE Business Daily recently about why she decided to run for public office, what she believes she’s accomplished as an environmental activist and why she believes her many critics misunderstand her.

Q:Why run for office now after running a not-for-profit for so many years?

A: It was a combination of things. After nearly 40 years, I was going to retire. I thought it was time to step down and let someone else run things. We’ve built a strong staff, we’re in good shape financially, and I felt comfortable leaving.

Q: But you decided to run for office, which you’ve never done before.

A: No, I haven’t. I’ve had a lot of people ask me to run for different offices over the years, but until now I never had any aspiration to.

Q: What changed your mind?

A: Well, one reason is Supervisor John Tavaglione is stepping down. It’s an open seat, so I think it’a a winnable race. Also, I’ve always felt like I could accomplish more on the outside, but now I feel like I can get more done on the inside, assuming I win. One thing I learned running the center for such a long time is the system has to work at all levels if you’re going to change anything.

Q: So you think you can help it work at the board of supervisors?

A : Yes. If I get elected there will be three Democrats on the board, me along with Chuck Washington and Manuel Perez. I think we could make a difference.

Q: The election will be held in November of next year.  What have you done to get your campaign started?

A: We’ve formed a committee, Vote Penny Newman, and we’ve set up a website, www.votepennynewman.com. We raised $30,000 in a month, which is pretty good when you consider that none of it was from large donors. I think it is safe to say that none of it came from developers. (Laughs)

Q: Can you talk about the Stringfellow Acid Pits battle?

A: I was living in Glen Avon at the time. Our home was well east of the site, so we weren’t that affected, but my kids’ school, Glen Avon Elementary, was next to the site. That’s how I became involved. I didn’t go into it to become an environmental activist, but that’s how it turned out.

Q: Besides the Superfunds and the new environmental laws, what came out of the Stringfellow fight?

A: We got a clean up plan in place, and we got two governmental agencies formed, state and federal, that both deal with toxic waste clean up. We also got a $114 million settlement for the people who lived near the site. That went to about 3,000 residents.

Q: What did you learn from Stringfellow?

A: That to get something changed, something of that importance, everything has to be working. It wasn’t enough for us to do what we were doing. Everyone had do their job, the government had to do its job, and a lot of people from the community had to get involved. And that’s what happened.

Q: And the Center for Community Action was the result of the Stringfellow fight?

A: Yes. When it was over we realized there was a need for an environmental organization in the Inland Empire. No one was raising these issues. We started out as Concerned Neighbors for Action and changed the name in 1993.

Q: You’ve battled a lot of warehouse-distribution projects during the past 20 to 30 years, yet the Inland Empire has still become the logistics capital of the western United States, if not the whole country. Despite your efforts, warehouse-distribution center still dominate the landscape in both counties. A critic might say that you haven’t accomplished that much.

A: I don’t think that’s true. We’ve raised the issue that we’re putting all of our eggs in one basket, economically, by building so many logistics centers. We’ve pointed out that they don’t create that many jobs, and that a lot of those jobs are going to be replaced by automation. We’ve kept a lot of them from being built in inappropriate places. I think we’ve accomplished a lot.

Q: Do you have a message for your critics?

A: Yes, I wish some of them would sit down and talk to me, because they might be surprised. There’s a perception that I’m anti-development, but I’m not. I’m very much in favor of development, I just want it done the right way. 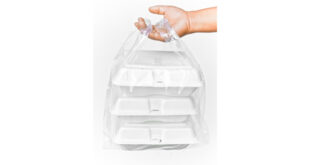