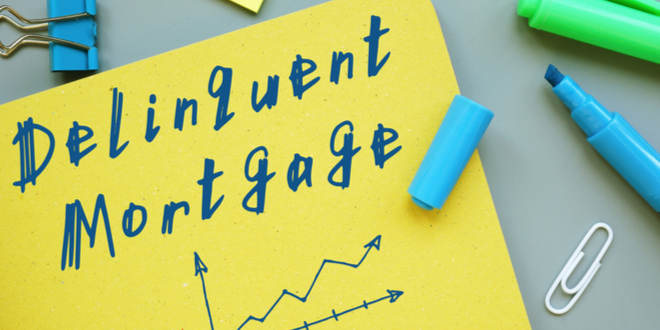 Two point seven percent of all U.S. mortgages were at least 30 days past due in May, according to data released today.

That number, which includes foreclosures, was a two percent drop in early-stage delinquencies from May 2021, Irvine-based CoreLogic reported in its monthly report on loan performance.

Loans 60 to 89 days past due were at 0.3 percent, unchanged from exactly one year earlier.

One point three percent of all mortgages were 90 days or more past due, down from 3.2 percent in May 2021 and a high of 4.3 percent in August 2020. That category, serious delinquencies, also includes foreclosures.

Mortgages in foreclosure were at 0.3 percent, unchanged year-over-year.

“Early-stage mortgage delinquencies are at a generational low, supported by a strong labor market,” said Molly Boesel, CoreLogic’s principal economist, in the statement. “While the foreclosure rate remains low, about half of serious delinquencies are from mortgages that are six months or more past due, [suggesting] that there could be small increases in the foreclosure rate later this year.”

In the Inland Empire, early-stage and serious delinquencies were at 2.6 and 1.2 percent, respectively, year-over-year declines of 2.2 and two percent,.

The Inland region’s foreclosure rate was 0.1 percent, unchanged from May 2021, CoreLogic reported.