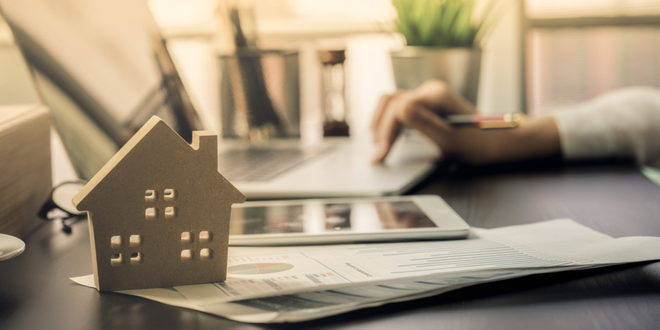 The popular phrase is overused, but the Inland Empire’s housing market may be settling into a “new normal” for the next 3 – 5 years — and perhaps a disturbing one at that.

Think 2025 or 2026 before supply-and-demand market functionality exhibits some long-term traditions that realty agents, mortgage lenders, and so many others on the local property transaction food chain count on. What’s driving this inflection point in San Bernardino and Riverside counties?

The “why” goes deeper than the low-inventory and low-mortgage rate dynamics regurgitated through sound bites and community chatter. Putting aside whether there’s a housing bubble brewing, or whether sky-high home prices are offset by record-low interest rates, there’s much more to this story.

No Good Reasons to Sell in the IE

“Even when mortgage rates start to rise, current homeowners in suburban communities across California won’t want to sell — for several years,” said Mike Simonsen, CEO and co-founder of Mountain View, CA-headquartered Altos Research, which recently presented its latest insights to industry professionals during a virtual update. “Will high homebuyer demand last long? It’s hard to know. But the number of sellers is unlikely to climb dramatically for at least a few years or longer.”

There’s less reason to list a house for-sale and move than during any other period in history for many homeowners. Some are sitting on the most equity that they’ve ever had — their personal wealth. And most have secured a historically low fixed-rate refinance mortgage over the past year that feels like the deal of a century.

Owners could trade-up into larger properties. But with ferocious bidding wars hijacking prices in nearly all types of U.S. neighborhoods, compounded by corporate America’s hybrid work-from-home policies becoming more lenient from the COVID-19 pandemic, why even consider moving?

The National Realtor Association’s (NAR) survey-based 2021 Home Buyers and Sellers Generational Trends Report shows that sellers between the ages of 22 to 55 tend to increase their space by 300 to 700 square feet. It’s the top reason for listing their home on the market and upsizing into something different, as well as a change in family situation, job relocation, and work commute.

While those sentiments hold true, they’re butting heads with today’s homeowner disincentives to move and spawning some wacky market characteristics. Altos Research’s data shows the Riverside-San Bernardino-Ontario metropolitan area’s seven-day moving average of single-family existing homes for-sale declined nearly 70 percent over the past two years. Local listings sat at meager 4,200 in early June 2021. They were 8,900 in June 2020, 13,000 in June 2019, and 13,500 in June 2018.

“There’s no way for property inventory to rise substantially in the second half of 2021,” Simonsen said. “Breaking out of this ultra-tight inventory won’t happen until second-quarter 2022. But even then, we have a long way to get back to normal.”

He said annualized housing price growth “will slow down — and things will get little better for buyers, but not by much.” Underbuilding within new-home construction for several years on end hasn’t helped either.

In a “normal” Inland Empire residential market, approximately one-third (33 percent) of listings in the region experience a price decrease before a buyer-seller deal is struck and escrow closes — meaning 33 percent of sellers overestimate their market value. Sellers in the Riverside-San Bernardino-Ontario region experienced this 33 percent trend during the local housing market’s busiest time of year in spring of 2018 and 2019.

However, this seller metric was a paltry, record-low 13 percent from March to June of 2021. An overwhelming majority of the small share of homeowners who actually want to sell are not only securing the price they want, they’re getting higher values in many cases.

Simonsen said although this seller-price opinion measurement has probably hit a floor and will most likely rise going forward, it won’t return to normal (33 percent) anytime soon.

Reciprocally, the “crowding out” of first-time buyers and others isn’t going away either. In an unfortunate trend for buyers, it’s easier in a low-rate mortgage environment for homeowners (or would-be sellers) to stomach two mortgages — a single-family rental and a second home that’s owner-occupied. The average interest rate on a 30-year fixed mortgage dropped to historically record lows from early 2020 to mid-2020 and has nearly stayed there, with some rates even stooping to the 2.7-percent range for some refinances and purchases in late 2020 and early 2021. The much-touted “over leveraged” buyer with shoddy underwriting who owned two homes back in the mid-2000s is not today’s two-property homeowner.

Simonsen said this dynamic, coupled with record-high equity for all types of homeowners, doesn’t bode well for a steady pipeline of delinquencies and foreclosures coming onto the market. Foreclosures and short-sales can usually be counted on to add to local housing stock. Not today, though.

“Things are so good for American homeowners that a new-normal level is being established,” Simonsen said. “Essentially, nobody needs to go into the foreclosure process. Delinquencies, foreclosures and short-sales will be back at record-lows by the end of 2021 since people technically in ‘forbearance’ from pandemic financial relief are actually in good shape because of their home equity. Most of these won’t be the distressed sales that any local inventory stock would have counted on in prior years.”

Where Do IE Buyers and Sellers go from Here?

On the local homebuyer side, demographic trends are also in play. Today, NAR says “younger” U.S. Baby-Boomers (57 to 75-year-olds) on average have owned their home for 14 years before deciding to sell, while “older” Boomers have lived there 16 years.

And as boomers make their decisions, markets such as the Inland Empire and elsewhere are getting inundated with more Millennials each year. These 25 to 40-year-olds want to purchase properties from Boomers and others. Millennial buyers accounted for approximately 40 percent of U.S. home sales in 2020, according to NAR. And more than 15 million U.S. residential sales to this prime working-age cohort will transact between 2020 and 2030.

“At very least, we have another five-plus years of strong Millennial demand topped by an inventory shortage,” Simonsen said. “There are more Millennials than any other age cohort. And Gen-Xers already passed their peak earning and homebuying years back in 2008.”

So-called “sticker shock” may impact some first-time homebuyers in their mid-30s. Altos Research data reveals that the median list-price of a home in the Riverside-San Bernardino-Ontario region hit $550,000 in June 2021, up 29 percent from $425,000 in June 2018. However, combating this is the fact that many Millennials are living and working in their peak career-growth and earning years as 30-year mortgage rates hover near their recent record lows — for now.

“There’s nothing in the data anywhere signaling that inventory will revert back to its old level in the foreseeable future in many metro and suburban communities across the country,” Simonsen said. “Whatever minor inventory gains perk up here or there only means a little less competition and more selection for buyers — that’s all, nothing more. This is a really different view than many in the world recognize, and it’s going to drastically shape the market over the next few years.”

Tips for IE Homebuyers as They Navigate the Market

Home shoppers in the Inland Empire can use the following tips as they navigate the local housing market in the second-half of 2021: