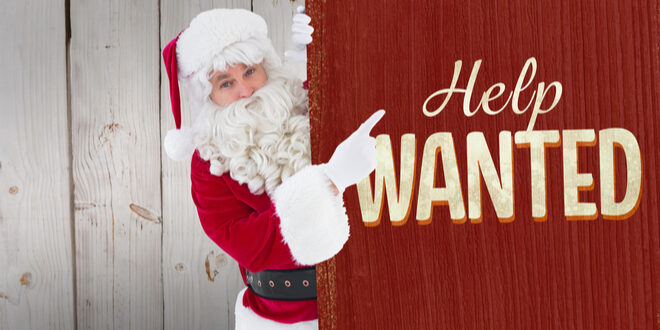 Yes, temporary retail jobs will be available this holiday season, but COVID-19 makes it difficult to predict how many. Look for a slowdown compared with last year.

That was a 12.2 percent increase from 2018, when the industry made 625,600 temporary hires to deal with the Christmas rush, according to Challenger, Gray and Christmas Inc., an outplacement service in Chicago that specializes in executive positions.

Although the demand is expected to be high during the upcoming holiday shopping season, a lot of retailers have no idea what to expect as the most crucial time of the year for them.

Challenger, Gray did not predict how much seasonal hiring is likely to happen when it released its holiday hiring outlook last month, a report based partly on data from the U.S. Bureau of Labor Statistics.

The closest it came to a hiring prediction was to note that the 2020 holiday shopping season will “look different” throughout the country because social-distancing requirements differ from region to region. Also, instead of trying to attract more shoppers, retailers will focus much of their energy on trying to provide a safe shopping environment.

“The pandemic has thrown off typical holiday hiring patterns,” Andrew Challenger said in a statement. “Last year’s strong consumer spending, coupled with low unemployment, led to one of the strongest holiday seasons in recent history. Despite current high unemployment and ongoing uncertainty, retailers, particularly those with a strong online shopping infrastructure, are anticipating high demand.”

Challenger noted that people are spending more online this year than they did in 2019, with much of that attributable to the social restrictions brought on by COVID-19. Online shopping has been rising for at least the last five to seven years, forcing warehousing and transportation companies to hire more people.

“Shopping online will continue for the holidays, but it is not yet clear if all companies need more workers to accommodate holiday sales,” Challenger said. “Retailers are struggling to figure out how many hires will be made.”

Probably not as many hires this year as in past years, particularly for jobs working in stores as opposed to warehouses, said James Phillips, operations manager with Invero Staffing Group in Rancho Cucamonga.

Typically for the holidays, Invero usually places people in warehouse-distribution positions starting in late October, and that will probably happen again this year, Phillips said.

But stores won’t be making as many hires, meaning 2020 will likely be a slow year for seasonal hiring, according to Phillips.

“It’s hard to say how this year is going to turn out because of the pandemic, but I would expect us to do less hiring this year, maybe 50 percent below what we usually do,” Phillips said of Invero, which finds temporary workers for businesses in the Inland Empire, Orange County, and East Los Angeles.

“Under the circumstances, it almost has to be down.”

Arrow Staffing Services, which has offices in Ontario and Redlands, expects to make as many seasonal hires as it usually does, said Anahi Ruiz, an administrative assistant with the staffing firm.

“We’ve had a good year, and that usually means a good holiday season,” Ruiz said. “And business has picked up a bit lately.”

Most businesses have not announced their holiday hiring plans yet. Those that have announced appear to be either planning to hire fewer people than they did in 2019 or roughly the same number, according to Challenger, Gray.

Retailers have never had to deal with a pandemic, so predicting hiring, or how much people will spend this Christmas, is next to impossible, according to Robert Kleinhenz, a Long Beach-based economic consultant.

“I don’t think 2020 will be as good as the past few years, but I don’t think any retailer should throw in the towel either,” Kleinhenz said. “Activity at the ports is strong, and the economic numbers lately have been good. I think we’re headed in the right direction.” 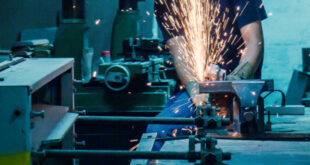