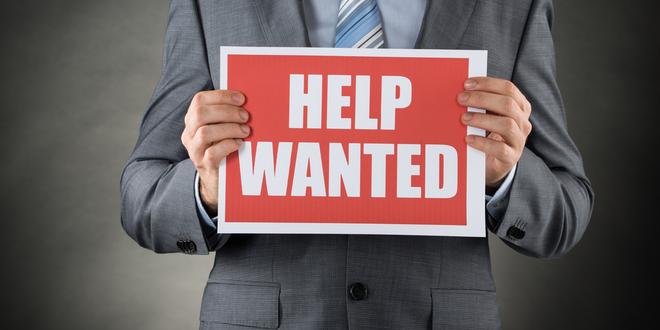 Despite the pandemic, seasonal hiring prospects appear good as Black Friday approaches. Incentives, including bonuses and flexible hours, are being offered, and some businesses are making permanent hires.

U.S. retailers are expected to hire about 700,000 workers during the upcoming holiday season, according to a recent study.

That would be a drop of about 36,300 jobs compared with last year, but well ahead of the average yearly Christmas hires – 662,160 – that date back to 2005, according to Challenger, Gray & Christmas Inc.’s annual holiday hiring forecast.

Nationwide, retail hiring has gone up year-over-year in three of the past five years, including a 7.4 percent increase in 2019 and a 9.5 percent increase last year. Those numbers included 13.6 percent and 67.3 percent increases, respectively, in transportation and warehouse jobs, a sign of the popularity of online shopping, Challenger Gray reported.

As the 2021 Christmas season approaches, U.S. retailers are in a unique situation caused by the pandemic: people who are not returning to work, either returning to their old job or finding a new one.

The labor shortage is so severe that businesses are offering benefits  – including signing bonuses, child care assistance, and help with tuition – to attract workers.

Perhaps most significant of all, with Black Friday less than two months away, retailers are announcing they plan to make permanent hires, not just seasonal ones, according to Challenger Gray, an executive placement firm based in Chicago.

As of mid-September, U.S. companies had announced 190,000 seasonal hiring plans, down from 301,700 announced plans at the same time one year earlier, according to Challenger Gray.

Amazon, which has hired an average of 104,000 seasonal workers a year dating back to 2012, recently announced plans to hire 55,000 permanent employees, with no word on seasonal hiring.

Meanwhile, U.S. retail is still trying to adjust to COVID-19. With the Delta variant persisting and coronavirus cases on the rise almost everywhere, that continues to be a battle, but there are signs the battle might be being won.

Deloitte, the international accounting firm, predicts U.S. retail sales will rise at least seven percent year-over-year in November and December, a good lead-in to the Christmas shopping season if that prediction holds.

In the meantime, some businesses that traditionally hire the most seasonal employees have announced their plans for 2021.

Walmart, the largest private employer in the United States, said last month that it will hire 150,000 store employees, most of them permanent and full-time. The mega-retailer has also announced that it plans to hire 20,000 supply chain workers.

Target will hire 100,000 seasonal workers this year, about 30,000 fewer than it hired last year. The general merchandise retailer has also said that its current employees will be expected to work about five million extra hours during the 2021 holiday season, a move expected to generate about $5 million in extra pay.

Macy’s, the department store chain, has said it will add 76,000 workers to its U.S. stores. About 48,000 will be holiday-related, the rest permanent positions.

Kohl’s department store chain says it will hire about 90,000 seasonal workers this year and give bonuses ranging from $100 to $400 to all of its seasonal hourly workers, a first for the company.

Applicants, most of whom are being hired to keep up with e-commerce orders, are receiving competitive offers, bonuses, and pay that varies by market, according to a statement.

At the moment, the U.S. economy has more job openings than there are people to fill them, said Robert Kleinhenz, a Long Beach-based economic consultant.

“We should be cautiously optimistic about [Christmas] hiring this year,” Kleinhenz said. “I’ve been reading about all of the [planned] hiring, and it’s encouraging. Amazon and Target are both going to hire a lot of people, and that’s a good sign.”

Stores at the Inland Center Mall in San Bernardino and the Mall of Victor Valley in Victorville are looking to make seasonal hires, said Terri Relf, senior marketing manager at both locations.

“Our merchants are doing well,” Relf said. “We’re getting a lot of shoppers, and I think everyone is ready for the holidays. There’s a lot more excited now than there was last year at this time.”

Some store owners have posted “help wanted” signs, and temporary jobs are posted on both shopping center’s websites, with more postings likely to follow, according to Relf.

“We started hiring to handle the seasonal imports about five weeks ago,” Relf said. “I think we’re going to see more hiring than we had last year.”