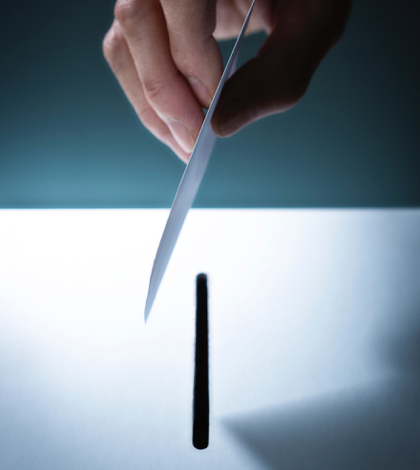 And the city will sell them park space so they can do it, but not everyone believes that’s a good idea. A local citizens group has formed to keep it from happening. The issue will be on the local ballot this fall.

On Nov. 3, Upland voters will decide if they want to trade some park space for a larger hospital.

Measure Q would approve the sale of 4.6 acres of Upland Memorial Park to San Antonio Regional Hospital for a much-needed expansion.

The property, at 1299 San Bernardino Road, is in the southwest part of the park, directly across from the hospital. It includes one of Memorial Park’s three baseball fields, concessions, and a parking lot used by hospital employees.

A majority vote in favor of the measure would make the land available for sale. The hospital would use the land to build a three or four-story medical office building that would house a cardiovascular unit and a center for aging.

“It’s a little unusual to sell public land for private use,” said Stephen Parker, assistant city manager, who began working for Upland four months ago. “There are strong opinions on both sides. That’s why the city council decided the best way to settle the issue is to let the people decide it.”

Both sides will be heard in the nine weeks leading up to the election.

People for Upland Parks, a community group opposed to the proposed sale, maintains that Upland has enough money to refurbish the park and that San Antonio Regional owns plenty of land near its campus that is suitable for expansion.

“A lot of people in Upland don’t want to see the city lose park space,” said Natasha Walton, co-founder of the group and a 16-year Upland resident. “As the city’s population grows, it should be adding park space, not getting rid of it.”

Upland bought the land that became Memorial Park in 1936.

Today the park covers about 38.5 acres and is bordered by East Foothill Boulevard, San Bernardino Road, and Hospital Parkway. It includes ball fields, picnic benches, an aquatic center, a child care facility, and a skateboard area.

Three years ago, hospital officials approached the city about a land sale.

In March 2018, after some difficult negotiations, both sides agreed on a sale price of $4.2 million, about $60,000 above the property’s market value.

Upland planned to use that money to pay for an overhaul of the park that would include another baseball field and snack bar, parking and lighting south of the proposed baseball field, and more sidewalks and walking trails.

Finally, the hospital agreed to provide parking on the site that the public may use for no charge, the report stated and the property remained untouched.

The council approved that agreement, seemingly paving the way for the land sale, but no grading or construction was done.

Because it involved the transfer of public land for private use, the council decided to go to court to have the agreement validated. Legally, the city was not obligated to do so, but council members realized the public-private transaction might require voter approval.

If nothing else, the deal would have more credibility if it had a court’s approval.

Both sides then worked out a new arrangement that raised the price of the land to $4.3 million, $100,000 increase.

Hospital officials also agreed to pay the city $126,000 for preparing the transaction agreement, another $126,000 for overdue licensing fees related to parking, and $100,000 for the cost of the election.

Finally, the hospital agreed to compensate Upland against any lawsuits related to the election or a subsequent land sale, should Measure Q pass.

The court filing spells out why the 112-year-old medical facility at 999 San Bernardino Road, which treats more than 200,000 patients a year, needs room to grow.

San Antonio Regional Hospital is a 363-bed acute care hospital. It’s one of the city’s largest employers, with 2,300 workers, and it has the only full-service emergency room in its region.

During the past 11 years, as Upland has grown, the hospital has grown with it; in 2017 alone San Antonio Regional’s workforce grew by 20 percent, according to the court brief filed by Upland when it made its validation request.

Recently, construction was completed on a four-story patient tower and an emergency room, and it’s building a 60,000-square-foot medical office building that will include a cancer diagnostic and treatment center.

A statement issued by San Antonio Regional last week pointed out that most of the property the hospital would purchase is parking lots, not open park space.

The statement also pointed out that the hospital, which accommodated more than 93,000 emergency room visits last year, has no other place to expand if it’s going to provide adequate medical care.

“We value our community recreational facilities and the opinions of our residents and we agree with the city leadership that this agreement should be put to a vote by the residents of our city,” the statement reads.

If Measure Q passes and the land sale goes through, Upland and nearby communities will have access to better health care, Upland will have $4.2 million to work with and “underused” Memorial Park will undergo some much-needed improvements.

“The net result of the transaction will be a winning transaction for the community,” the statement reads.

Should Measure Q fail, “all services provided by San Antonio Regional would be limited to the space within the hospital grounds, and [the hospital’s] additional planned services could not be added.”

Any lost park land will be too expensive to replace and will hurt the city’s lower-income families more than anyone, according to Walton.

“For a lot of people the park is the only green space they have access to,” Walton said. “They’re priceless. If you sell them you never get them back.”

Members of People For Upland Parks spoke against the land sale at two July council meetings last month. Because of COVID-19, it’s been difficult for the group to meet and plan strategy, but everyone agrees with what they’re trying to stop.

“It’s a land grab,” said Walton, who said claims by some Upland residents that Memorial Park is under-used are false. “They want to sell the land and make a huge profit.”

“California has been selling surplus land from Caltrans for years,” Coleman said. “It happens, but there’s usually a community asset – like a hospital – involved. You might start to see more of it now because cities are looking for new ways to raise revenue.”