Smith steps down as Staters’ chair

Phil Smith has stepped down as board chairman of Stater Bros. Holdings Inc.

His retirement was announced Wednesday and is effective immediately, according to a statement on the company’s website.

A 35-year Stater Bros. employee, Smith began working for the supermarket chain in 1987 as a controller, and was promoted to vice president-controller in 1998.
Smith held multiple financial and leadership positions with the company until he retired in 2012. He remained with Stater Bros. as a consultant, and in 2016 was asked to serve as board chairman.

Smith will remain a board member.

“It has been a privilege and honor to serve the Stater Bros. team and our loyal customers over the last 35 years,” Smith said in the statement. “With Pete and Sean’s leadership, the company will be in capable hands.” 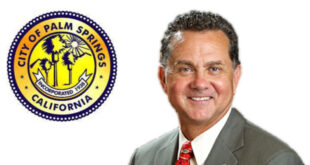