Stewart steps down as Temecula mayor

Stewart, who was elected to a four-year term in November 2016, stepped down earlier this month amid fallout from a racially insensitive email, according to multiple reports.

“I understand that even my sincerest apologies cannot remedy this situation,” Stewart said in a statement posted on the city’s website. “I will step down as your mayor and city council member effective immediately.

“It has been a true honor to serve this great City and its citizens. My love for Temecula and its residents is beyond expression.”

Stewart’s seat is up for reelection in November. The city council has yet to decide how to fill the seat during the five months. 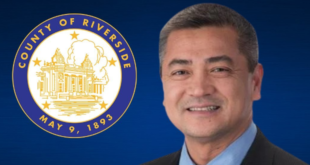 Minh Tran will be named Riverside county counsel at the board of supervisors’ Aug. 30 …