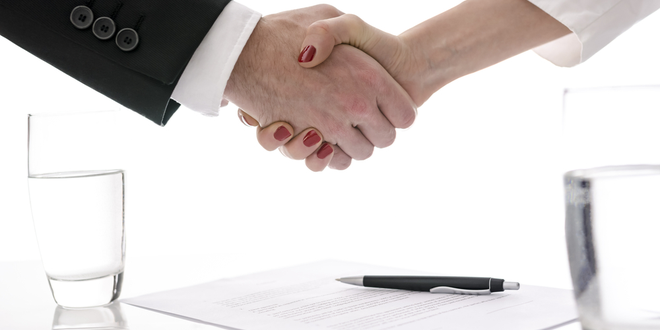 The High Desert town’s Village Business District is underperforming, and town officials are trying to do something about it.

Apple Valley is taking a hard look at its business district, and they’ve hired a consultant to help determine how that part of the High Desert town can be improved.

Terra Nova Planning & Research Inc. in Palm Desert has put together an 87-page study that breaks down that area – the Apple Valley Village Business District – to the smallest modern and historic details.

Specifically, it focuses on a 1.5-mile stretch that runs parallel to Highway 18 in the east and central part of town. It is bounded by Arapahoe and Esaws avenues on the north, Ottawa Road on the south, Central Road on the east, and the realigned Yucca Loma and Navajo roads on the west.

For years, dating back to the 1950s, that stretch of Highway 18 was Apple Valley’s busiest commercial center. Today it includes restaurants, retail, and service establishments, including gas stations, feed and seed supplies, furniture stores, antique dealers, thrift shops, auto parts stores, and pharmacies, according to the study.

Casa Colina, a long-term treatment center for people with brain injuries, and Pioneer Mobile Home Park, are also in area, as are some single-family homes.

About 42 percent – roughly 273 acres – of the area addressed in the specific plan is undeveloped, including 130 acres zoned for general commercial use, 118 acres zoned for service commercial and 25 acres of medium-density residential.

“That’s a lot of space to work with, more than you usually have on a project like this,” said Nicole Criste, a consultant with Terra Nova and a co-author of the plan. “There’s a lot of opportunity there.”

Apple Valley officials hope that that open space will be home to future commercial development, but for now it would probably settle for fixing what is there, said Councilman Curt Emick.

“It’s been an ongoing matter for the town for more than few years,” Emick said. “There’s a lot there, but the area has underperformed, even though Highway 18 goes right through the middle of it.  We need to find ways to make it easier for people to access that part of town, to be able to park their cars, move around and shop.”

“All of those businesses need to become more productive, but we need a plan to make that happen.”

The specific plan is still undergoing minor revisions, although it’s not expected to go beyond its current length. It will probably go to the planning commission and the city council in April or May, Criste said.

The plan is meant to be a long-term document that will help town officials develop and upgrade the business district for the next 20 to 25 years, perhaps longer. It’s geared more toward improving local businesses than trying to attract national chains to the High Desert, according to Criste.

“We’re hoping to create incentives that will bolster development and redevelopment in the Village Business District,” Criste said. “What we’re trying to do is much bigger than just Highway18 corridor. The specific plan can be a catalyst for development in a lot of places.”

Any improvement to Village Businesses District will include parking upgrades. The Tera Nova analysis spells out the district’s parking situation today, and what can be done to improve it.

Public on-street parking is free and usually unrestricted with regard to time limits, permit parking, or metered parking, according to the study.

“Currently there are about 846 on-street parking space,” the study reads. “Potential supply is much higher given that additional on- street parking could be accommodated on unimproved streets and where future development or redevelopment improves street frontages.”

Private off-street parking is used by a property’s owners, residents, or customers There are an estimated 3,133 marked parking spaces (including disabled spaces) in paved off-street parking lots in the specific plan area, according to the study.

“We need to address parking, but we also need address zoning and new infrastructure,” said Scott Nassif, council member and a board member with Apple Valley Village Property and Business Improvement District Association. “The good thing about a specific plan is that it allows the town to get control of an area. It spells out what needs to be done.”

Since the goal is to make the business district more accessible, parking upgrades are probably the most important part of the plan, It recommends vertical parking in front of businesses and maximum use of off-site parking space, among other improvements.

Besides the specific plan, Apple Valley is holding a series of meetings – the most recent was held in December – in which town residents and business owners can state their opinions on on the Village Business District.

“The business district is big issue for Apple Valley,” Emick said. “It needs to be a major part of the town’s economy. It may not be our top priority, but it’s up there.”