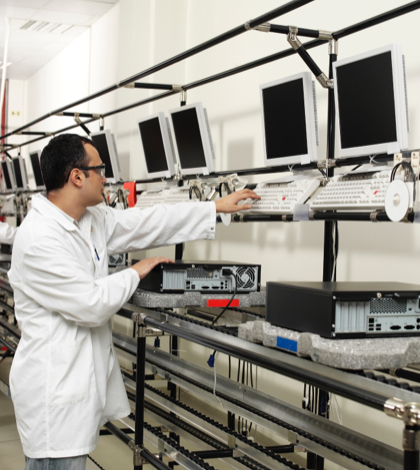 Manufacturing continued to grow – barely – in the Inland Empire during October,

The purchasing manager’s index for the two-county region last month was 50.7,  just enough to register a growing manufacturing sector, according to the data released Friday by the Institute of Applied Research and Policy Analysis at California State University, San Bernardino.

That marks the second consecutive month that the Inland region index has been above 50; anything 50 or above is considered a sign of growth, below that an indication of a shrinking manufacturing sector.

Because it takes three consecutive months to establish a trend, the October numbers aren’t a cause for celebration, though they are still good, said Barbara Sirotnik, director of the institute.

“Last month was the sea change because it got us above 50 for the first time in awhile, but October was still a good number,” Sirotnik said. “What last month tells us is that manufacturing is growing, but it’s still `growing weakly.”

The Inland employment index dropped to 39.3, down from 46.7 in September, but that dip was predictable. September is when manufacturers begin gearing up for the holiday shopping season, then ease off during October before ramping up again.

“There are a lot of seasonable variables involved in employment, and that’s one of them,” Sirotnik said.