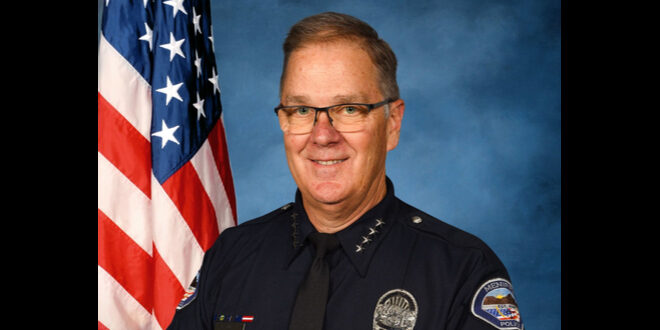 Walsh to step down as Menifee PD chief

Pat Walsh, Menifee’s chief of police, has announced his retirement.

Walsh, who spent the last three years establishing Menifee’s police department, will step down in July, according to a statement.

An exact date has not been set.

“Establishing the Menifee Police Department and working with our brave men and women has been the pinnacle of my career,” Walsh said in the statement. “It has been an honor to serve the Menifee community, they have been so supportive of their police.”

Since it began in the summer of 2020, the Menifee Police Department has grown to 95 officers and personnel, and it continues to expand into multiple divisions.

Walsh began his career in 1984 as a deputy with the Los Angeles County Sheriff’s Department, according to the statement.