The two-county region’s purchasing managers index last month was 53.4, well above the 47 recorded among Riverside and San Bernardino County manufacturers in August, according to the Institute of Applied Research and Policy Analysis at Cal State San Bernardino.

By registering above 50, the county managed to avoid three consecutive months of a retracting manufacturing sector, which would have officially established a trend.

But the local manufacturing sector, like the economy, is still being hammered by COVID-19, and that’s not likely to go away soon, said Barbara Sirotnik, director of the institute and a co-author of its monthly report.

Mostly because of erratic spending brought on by the pandemic, Inland manufacturing has been on a pattern of two months of contraction followed by two months of expansion, according to Sirotnik.

“You can say that things improved in September because they weren’t as bad as they were, but it’s still only a slight improvement,” Sirotnik said. “People believe the economy is coming back, but they think it’s coming back way too slowly.” 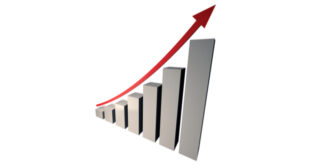