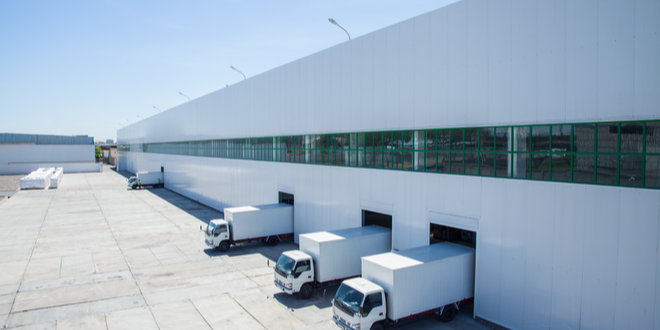 Amazon’s massive industrial project in Ontario could start a trend

The 4.1 million-square-foot project will be a five-story building loaded with robotics and automation a relatively small footprint. That approach could make it possible to build even more warehouse-distribution facilities in a market already oversaturated with them.

Who says there’s no longer enough space on the west side of the Inland Empire to accommodate new “big-box’ retail projects?

That’s been an accepted fact among local industrial brokers for years, that any company that wanted to build a warehouse-distribution facility of one million square feet or more would have to forego the Ontario-Colton-Rancho Cucamonga market and look east toward Colton, Moreno Valley and Beaumont.

Open industrial land on the west end of San Bernardino County has become so scarce that even smaller logistics projects – 300,000 to to 500,000 square feet – had become difficult to build there.

But if that is true, why is Amazon building a 4.1-million-square-foot warehouse-distribution facility on former dairy land in south Ontario, one that will be one of Amazon’s largest logistics facilities anywhere in the world.?
Maybe Ontario City Councilman Alan D. Warner answered that question best.

“It’s being built ‘up,’ not ‘out,’ because we are running out of [industrial] space in that part of the city,” Wapner said of the five-story mega-project being being built by ProLogis Inc., a real estate trust in San Francisco.

Despite its size, no rezoning was necessary because that part of the city is designated for large industrial use. ProLogis has agreed to pay for the Infrastructure associated with the project, which should keep traffic issues to a minimum, Wapner said.

The project is under construction in the southwest part of the city, in the Merrill Commerce Center immediately north of Chino Airport, according to city officials.

When completed, the project will reach five stories – about 97 feet high – and employ an estimated 1,500 people, said Eileen Hards, Amazon spokeswoman, in an e-mail.

It will ship goods primarily throughout Southern California and is expected to open next year, Hards said.

Since 2010, Amazon has created more than 170,000 jobs and invested $81 billion in California, including $19.3 billion in the Inland Empire, according to the company’s 2021 U.S. Economic Impact Report.

It has created roughly 40,000 jobs in Riverside and San Bernardino counties during the past 12 years, the report states.

“Amazon’s roughly $20 billion investment in the Inland Empire has helped our region become a national leader in the goods movement industry,” said Paul Granillo, president and chief executive officer of the Inland Economic Partnership, in a statement.

That investment, particularly the jobs it created, helped the inland region get through the economic downturn caused by COVID-19, according to Granillo, whose nonprofit looks for businesses that might want to move to the Inland Empire.

Now Amazon – which is also working on a fulfillment center in Victorville that will employ more than 1,000 people – is adding to its California portfolio with one of the largest logistics facilities it’s ever built. But the way it’s being built – more than four million square feet of storage space on an 800,000-square-foot footprint – could be a way for developers to build even more logistics facilities in the Inland region, especially on the west end, which is closer to the ports of Los Angeles and Long Beach.

There’s no reason a developer can’t use the “up instead of out” approach to build a smaller logistics operation, but whether that happens soon is anyone’s guess, according to several Inland industrial developers.

“They are more expensive to build, but you might see it happen first in Los Angeles and Orange counties,” said Chuck Belden, vice chair with Cushman & Wakefield Ontario. “It could happen in those markets because they’re running out of land, and what land they have left is expensive. There’s still enough space in the Inland Empire for the 500,000 square foot projects, but that could change.”

“When it gets to where you can’t get 20 acres to build on then I think you will see movement in that direction,” said Earnhart, who has been negotiating industrial transactions for more than 25 years, “It will be more expensive, especially with all of the seismic regulations you have to deal with, but I think it will happen.

“You could end up with more warehouses, but that would lead to a backlash, because there are people [in the Inland Empire] who are getting tired of so many warehouses.”

One such person is Ana Gonzalez, executive director of the Center for Community Action and Environmental Justice.

That nonprofit group spends much of its time trying slow down logistics development in the Inland Empire, a mission that Gonzalez admits is an uphill battle.

The group, which was founded 40 years ago, is aware of the potential for tall warehouses on smaller parcels of land.

“It’s happening in other parts of the country, and it’s something we’re going to keep an eye on because it could happen here,” Gonzalez said. “It depends on where someone wants to build. A lot of cities have height regulations that would keep a taller project out, but those kind of regulations can be changed. A general plan can always be changed.” 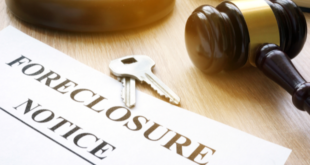