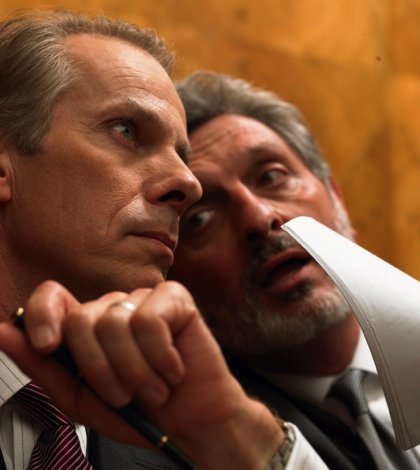 In a stunning rejection of the wishes of California Attorney General Kamala Harris and Governor Jerry Brown, the California State Supreme Court this week refused their unusual request to “depublish” a 4th District Court of Appeals decision that applied Proposition 218 limits to tiered water rates.

The decision by the appeals court basically stated that water rates must follow Proposition 218 that requires governments to charge actual costs for any services provided. Rates for service cannot exceed the cost of supplying and delivering any commodity.

The decision struck down tiered water rates in the City of San Juan Capistrano that charged significantly higher rates to larger water users in an effort to encourage water conservation. The court stated that Prop 218 was violated when the increased rate was not based on the actual cost of providing the water.

Proposition 218 was passed in 1996 to prevent government agencies from “profiting” from services that they provide as part of their official duties. The cost of any service therefore cannot exceed the cost of the purchase and delivery of water regardless of the purpose of any other objective including behavior modification such as water conservation.

Exactly! Why did this ever take so long?

Government in California has been notorious for raising taxes and fees for no other purpose than to expand government further and further into the realm of the personal, private and business behaviors of Californians. The public has often struck back at government excess with propositions like Propositions 13, 208, and 218. Each while significantly different their effect was the rejection of government interference into Californian’s personal and financial lives by the legislature, courts, or local governments.

Of course, the Governor was particularly apoplectic about this recent decision which became even more disconcerting to the ruling elites who run our government when the appeals court officially “published” its decision, making it applicable to the entire state of California and not just San Juan Capistrano, who declined to appeal it.

That is why the Attorney General made the highly unusual request for the Supreme Court to “depublish” the decision, which the court promptly and unceremoniously declined. The Attorney General stated that the decision “may interfere with the states response to the ongoing drought” and would “likely cause confusion and may frustrate ongoing efforts to promote water conservation.” Really?

Whether or not the government‘s intentions are good or not is not the issue. If the government can punish people for using any product by charging a higher price for it even when the increased price is not financially justifiable, why stop at water.

Well, ladies and gentlemen, the government doesn’t really care about revenue as much as it does about control. Legislation in the California Senate is proposing the reduction of gasoline use to be overseen by the California Air Resources Board (CARB). Just how do they intend to do that? The legislature doesn’t say, it just turns that over to CARB to determine sometime in the future.

How do you get people to use less gasoline? Well, we are witnessing that example here. Answer: Charge a tiered rate for any consumer that uses more gasoline then the amount that the government says is reasonable. It’s for the environment! It’s for clean air! It’s to stop global warming! Save the children!

There really is no end to what the State of California will do to us in an effort to save us from ourselves.