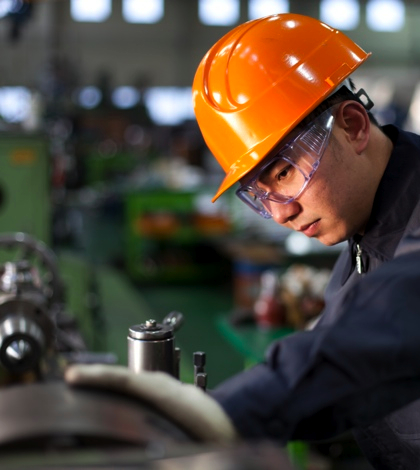 Manufacturing in the Inland Empire held steady during January, as the two-county region continued to experience slow growth in that economic sector.

The purchasing manager’s index for Riverside and San Bernardino counties last month was 51.9, a “slight decrease” from the 53.5 index recorded in December, according to Barbara Sirotnik, director of the Institute of Applied Research and Policy Analysis at California State University San Bernardino.

January marked the fifth consecutive month that the Inland index was above 50, meaning manufacturing increased during that time. Below 50 means manufacturing is shrinking.

Because three consecutive months in the same direction is considered a trend, it can be said that manufacturing in both counties is growing, although perhaps not at as fast a clip as some would like.

The usually-volatile employment index remained exactly at 50, with most local manufacturers saying their level of employment remained the same between December and January.

As they often are, the Inland Empire’s purchasing manager’s remained slightly pessimistic: twenty three percent said they expect the region’s economy to get stronger during the next three months, down from 32 percent in December.