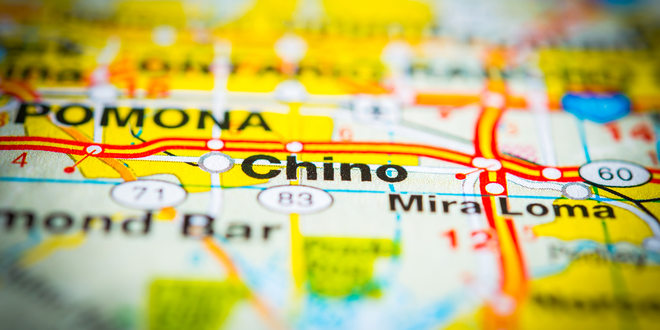 Politics and Housing in Chino: The Story Goes Deeper Than Many Know (Part I)

There is virtually no neighborhood left unscathed by the housing market’s supply-and-demand twists, turns, and strife across California as historically low inventory plagues the marketplace — especially when it comes to planning and building new homes and entire neighborhoods.

This issue is oftentimes characterized as activist residents pitted against developers, where “NIMBYs” — the Not-In-My-Backyard types — and environmentalists duke it out against homebuilder-corporate America. One side wins; the other loses.

But that’s only surface deep. The real question is: How are local officials appropriately responding, or not, to housing demand from all socio-economic households and workers as a city projects its future residential needs? And how are elected officials — who claim to be looking out for the best interests of the community while trying to meet state-mandated goals — treating some proposed housing projects versus others, and why?

There are 52 cities and unincorporated townships in San Bernardino and Riverside counties. However, after digging through public records and interviewing key individuals who declined to be identified, IE Business Daily discovered that specific leaders within this one community show a years-long pattern of what sources on deep background say is willfully obstinate negligence and outright abuse, all in the name of representing the interests of the people.

It starts with “Ree-na,” an acronym city planners and private developers use. Each city’s Regional Housing Needs Assessment (RHNA) is mandated by California law under the state’s general plan. It’s a roadmap into the future that’s routinely updated at the local level every eight years, administered by California’s Housing and Community Development Department (HCD) and monitored by the local San Bernardino Council of Governments (SBCOG).

RHNA shows where a city is hitting its mark or falling short in housing density, affordability, and diversity of structures across suburban neighborhoods. The local supply of apartments, condominiums, townhomes, and single-family detached homes are analyzed in comparison to the number of current and future-forecasted households within five median income brackets, including extremely low-income, very low-income, low-income, middle-income, and high-income.

While a municipality proves it is meeting RHNA goals by how much land it appropriately zones for these residential buildouts, it’s not uncommon for a city to miss its RHNA target. The process is a delicate balancing act for city planners and councilmembers.

There’s one strong incentive: the state may have grounds to sue if your city doesn’t hit its RHNA goals. Chino has opened the door to this potentially contentious process, although time will tell how it plays out since the city recently announced its own lawsuit against the state in late July.

Nonetheless, the political reason “why” a city reaches its RHNA numbers — or fails to keep up with the goalpost going forward — is intriguing, as well as “how” it originally projected it would arrive there, especially in the case of Chino. Sources currently or formerly close to the inner workings of the city say this issue lies at the heart of how certain leaders carefully influenced and prioritized some single-family and multi-family residential projects over others.

A Moving Target Over Time

According to its 2013 housing plan, Chino planned to reach its 2,894 RHNA units within those five income tiers by autumn of 2021. About 59 percent of these units would need to be middle or high-income and 41 percent within the lower-three income tiers.

This same plan explicitly states Chino could meet the lowest three of its five RHNA household-income obligations through land set aside within The Preserve at Chino, a well-known sprawling master-developed community taking up nearly 5,500 acres several miles south of Chino’s city center and south of Chino Airport. What’s more: the document’s numbers reveal that taken altogether, two neighborhoods in The Preserve (boasting 10,788 projected units at the time) could very easily meet all the city’s income-tier RHNA responsibilities and still anchor a hefty housing-unit surplus.

What’s interesting is, state law mandates a city cannot concentrate new housing in just one area to fulfill RHNA requirements. Whatever shape or form neighborhoods take, Chino must reasonably spread out units throughout the city.

The majority of The Preserve’s infrastructure for current and future residential homebuilding — sidewalks, roads, the electrical network, and water-sewer systems — was completed in 2013 by one main master-developer that took the lead on developing the entire project. That was 10 years after the area was originally annexed by Chino in 2003.

Meanwhile, it was mentioned in the same 2013 housing plan that outside the two master plans, there was only enough “vacant” and “underutilized” properties and land to build 522 residential units citywide to satisfy the remaining RHNA mandate. Councilmembers and leaders knew their community was growing by leaps and bounds but felt they could satisfy their RHNA mandate almost entirely within the master plans.

This planning decision led to major economic and social issues within the city’s center. The council increasingly focused its growth far away from Chino’s center, which has produced blight, struggling businesses, homelessness, and crime. At the same time, freshly painted buildings line the areas situated around the city’s master plans, where retail space and businesses are thriving. Essentially, a lack of investment in the city’s center has equated to run-down neighborhoods, as well as elementary schools attracting low scores on websites and social media.

Chino may have reached its forecasted RHNA goal within a brief moment in time. But an influx of new residents each year dramatically outperformed Chino’s projections, highlighting the desperate need for all types of new construction and innovative developments anywhere possible in the city’s residential zones and bordering pockets of San Bernardino County.

It’s almost as if a desperate need for more housing in all areas of Chino was evident well before 2013, whether certain city leaders could see it at the time or not — or whether they even wanted to entertain that possibility. Sources interviewed on deep background have pointed to questions arising in the planning department and elsewhere in city offices at that time: Why are some viable residential projects getting a green light to move forward and not others?

Interestingly, the city’s grand plans at The Preserve — which was blessed by city council long ago and even strongly championed by a select few councilmembers — would only fulfill Chino’s “current and future” housing needs for a short period. As of 2021, it’s likely there are even more residents living in Chino than the 94,400 figure estimated in 2019.

In fact, San Bernardino County’s population, along with the Inland Empire, is expected to continue rising over the next several years. The Center for Economic Forecasting and Development at UC Riverside is projecting the entire region will most likely continue being one of a few geographic engines of economic and population growth driving the entire state’s economy going into the near future.

A key pillar of this forecast is the region’s cheaper housing compared to coastal cities, especially for commuters — only if it’s allowed to be built.

Playing Catch-Up: That Was Then — This is Now

With 2020 in hindsight, it’s worth remembering that housing development and city planning don’t take place over a couple of meetings, or years for that matter. Long-range deliberation that aligns with state and city goals, along with taking the community’s comments into concern, is usually the natural course.

Today, however, Chino is falling well behind in all kinds of housing development that would meet the needs of those bottom three RHNA income tiers compared to surrounding similar-size communities. The location of housing being provided is not benefitting the more established parts of Chino.

Some sources close to the situation have said that the shiniest object on the city’s residential zoning map with the best chance of successfully being developed — The Preserve at Chino — was a no-brainer for local leaders to push forward at the time. That could be true.

But are there other housing projects that have been expressly turned down in public and private city council meetings? And if so, what was the reasoning?

As Chino has been discussing its RHNA projections for 2021 – 2029 that are closely monitored by the Southern California Association of Governments (SCAG), City Attorney Fred Galante announced July 20 to councilmembers that Chino and other cities across Southern California are welcome to join an Orange County Council of Governments (OCCG) lawsuit challenging HCD and the state’s housing mandates (Galante is also general counsel for OCCG). He said Chino must allocate for an “astronomical” 6,959 new residential units over the next eight years, with 3,388 being “affordable” housing.

A closed-session city council meeting is being held this month (September) with Galante to discuss options as further details are forthcoming.

Stay tuned — this first special report is only the beginning. IE Business Daily will continue its investigation into the City of Chino, its housing development dynamics, the mayor’s leadership, city council decisions, and other disconcerting events in local politics in the coming days and weeks… 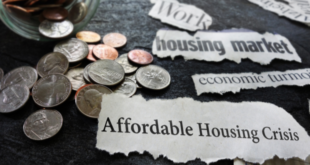