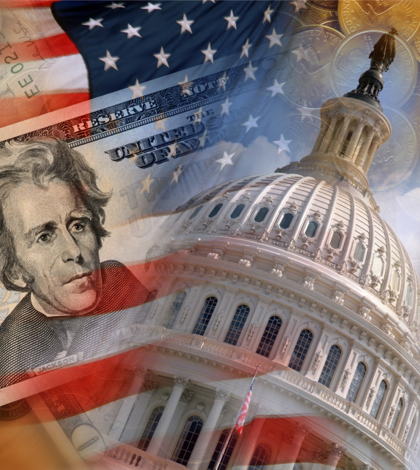 Study by non-profit agency says the two-county region still has to recover most of the jobs it lost during the recession, and that could take a few more years

That economic recovery you keep hearing about in the Inland Empire isn’t here yet, and it might not happen for a while.

Yes, the local economy is improving. The industrial sector is booming, the housing market is showing serious signs of life and the region’s unemployment rate, now at 8.2 percent, is down two percentage points from one year ago.

But those trends only tell part of the story, according to the Los Angeles County Economic Development Corp.’s 2014-’15 Economic Forecast & Industry Outlook, an annual report the agency released earlier this month.

The Inland Empire lost about 147,000 jobs during the recession, and so far only 40,000 of those jobs have been replaced, including an estimated 14,000 that were recovered last year, according to the report.

Replacing those remaining jobs will be difficult, but that alone won’t mean a recovery, because a lot of people have been added to the job market since the recession started in 2007, said Kimberly Ritter-Martinez, economist with the development corporation’s Kyser Center for Economic Research.

In other words, the Inland Empire, is running to catch up, and it might not reach the finish line until 2016 or even 2017. If that prediction ends up being true, it will have taken the Inland Empire five years to recover all of its lost jobs.

“We can see improvement, and a lot of it happened last year, which is a good sign,” said Ritter-Martinez, who helped compile the report. “As far as the recovery is concerned, in the Inland Empire and the state as a whole, I’d say we’re guardedly optimistic. The recovery has been slow, but when the economy comes back it will come back strong.”

Compared with the previous five years, 2013 was good economic year for Riverside and San Bernardino counties.

Employment in the two-county region rose 1.2 percent last year, with the leisure and hospitality sector adding about 7,500 jobs. That was about half of the region’s jobs gains for the year and by far the most in any category, according to the report.

Transportation, warehousing and wholesale industries accounted for nearly 121,000 jobs in the Inland Empire last year, or slightly more than 10 percent of all the jobs in the region.

About 45,000 people were employed in transportation in the Inland Empire last year, 22,000 worked in warehousing and storage and nearly 54,000 worked in wholesale industries, according to the report.

Wholesale trade added about 2,600 jobs during 2013, with retail, healthcare, transportation and warehousing adding approximately 2,000 jobs. Those gains helped offset a loss of 2,700 government jobs, 2,200 jobs in administrative and support services and 2,700 jobs in manufacturing and construction combined.

Some of the best news for the local economy last year happened in housing, the sector that more or less defines the state of the Inland economy. More than 8,800 housing permits were pulled in the two-county region during 2013, a 46 percent year-to-year increase.

That is a substantial improvement, but it was still only a fraction of the number of permits that were pulled annually before the recession, the report noted.

The median price of a single-family home in the Inland region last year was $241,620 a 27.6 percent increase compared with 2012 and the largest increase in the five-county area covered by the report: the Inland Empire plus Los Angeles, Orange and Ventura counties.

It was also the first time in five years that the median price in the Inland Empire stayed above $200,000, according to the report.

California is recovering faster than the Inland Empire. The state has gotten back approximately 70 percent of the jobs it lost during the recession although, like the Inland Empire, its recovery has been agonizingly slow.

“Regionally, the recovery is advancing in every part of the state,” the report stated. “After five years of recovery, California is on a more solid footing.”

The report also noted that the drought, one of the worst in the state’s history, could have a negative impact on California’s economy and that more water conservation and recycling programs will have to be implemented to maintain economic growth.

If it continues, the real affects of the drought might not be felt for several years, Ritter-Martinez said.

“Southern California has done a good job of planning for this,” Ritter-Martinez said. “It’s a little scary now, but we have enough water for a couple of years.”

Looking ahead, the report predicts that job gains in the Inland Empire are expected to surpass two percent this year and in 2015, with nearly all private sector industries likely to add jobs. Even government jobs, which took a huge hit locally during the recession, are expected to make modest gains this year, according to the report.

“A lot of people who have been out of work for a long time have stopped looking, and they don’t show up in the unemployment numbers,” said Granillo, whose non-profit agency tries to attract businesses to the Inland Empire while keeping the ones that are already here. “I’m not sure, but I think the real number could be as high as 12 percent.”

But long-time Inland economist John Husing believes the Inland Empire recovery might be moving faster than the LAEDC report indicates, and that the number of recovered jobs in the region to date could be closer to 56,000.

Most of the report is based on data compiled by the U.S. Bureau of Labor Statistics and the state Economic Development Department, and in some cases that data doesn’t take into account an entire market, Husing said.

“With that data, some places can get marginalized,” Husing said. “There are lot of jobs they don’t necessarily see.”