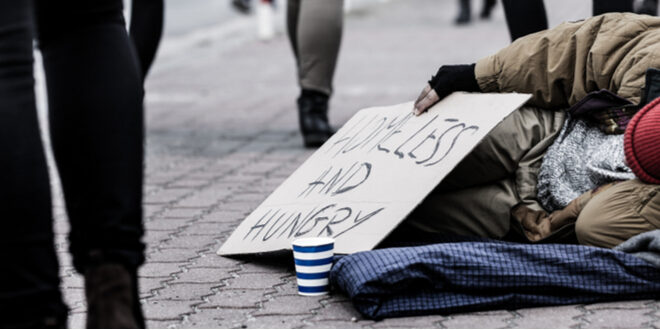 Riverside County goes all in on fixing its homeless problem

The county has released a 76-page plan that spells out how it will approach reducing its homeless population during next five years. Two years in the making, county officials are starting to put the plan in place.

Posted last month on the county’s website, the 76-page Homeless Action Plan took two years to research and write, and probably would have been released one year ago if not for the pandemic, said Greg Rodriguez, governmental affairs and public policy advisor for Fourth District Supervisor V. Manuel Perez.

The plans main goals are:

Like most government entities, Riverside County will follow the “housing first” approach to solving its homeless problem. That means anyone identified as homeless is found a temporary place to live first before their other problems – substance abuse, lack of employment, physical or mental ailments – are addressed.

Two years ago, to help reach those goals, the county created the Department of Housing and Workforce Solutions. Since its formation, that agency has found housing for hundreds of residents and has increased the number of affordable housing units built in the county, according to the report.

“It’s important that we get a handle on our homeless problem,” said Rodriguez, who also serves as the department’s deputy director of government affairs and community engagement. “I don’t know that we can get rid of it entirely, but we can put a dent into it.”

Two thousand eight hundred and eighty four individuals were homeless in Riverside County in 2020 according to that year’s Point-In-Time Count, the most recent numbers available.

About 75 percent of the people counted were living in cars, outdoors or other places not meant for human habitation. The county experienced a 20 percent increase in chronic homelessness between 2019 and 2020, the action plan states.

Chronic homelessness is defined as anyone who has been without a suitable place to live for at least one year while struggling with a serious disability, including mental illness, drug or alcohol problems or a physical disability.

Point-In-Time is held annually across the United States by the U.S. Department of Housing and Urban Development to determine the country’s homeless population. Last year’s count was suspended because of the pandemic.

Results from this year’s count, which was conducted Feb. 24, are expected to be released later this month.They will probably show that Riverside’s homeless population has increased in the last two years, Rodriguez said.

The action plan is an “extremely thorough” document that is designed to be tweaked and updated as need be, said Heidi Marshall, director of the housing and workforce solutions department.

Riverside County has made progress in reducing its homeless population. Of the people identified in the county as homeless in 2020, about 600 have been placed in permanent housing and have stayed there, which Marshall calls “staggering.”

Marshall also defended “housing first,” a relatively new approach to fighting homelessness that she believes is the best way to fix the problem.

“Housing first has been proven to work, and it doesn’t give homeless people a free pass,” Marshall said. “A lot of people believe that but it’s not accurate.”

Riverside County’s lack of affordable housing has much to do with its homeless problem, according to the plan.

In the Riverside-San Bernardino-Ontario metropolitan area, there are only 18 affordable and available homes for every 100 renter households, one of the largest shortages of available houses of any major markets in the country, according to the plan.

Fifty eight point six percent of the people who rent their living space in Riverside County are considered “rent burdened” by HUD, meaning their rent takes up more than 30 percent of their household income. That’s higher than the state and national average: 49.6 percent of U.S. renters and 54.8 percent of Californian renters were considered rent burdened by HUD when the county was putting together its action plan.

Homelessness in Riverside County should also be judged in relation to poverty, economic inequality, and overall social vulnerability, the plan states.

Riverside County also had a 7.5 percent unemployment rate – higher than the nation’s 5.3 percent and the state’s six point one percent – when the plan was written.

County officials are convinced the Homeless Action Plan is a good blueprint for fixing the region’s homeless problem, but they know they can’t implement the plan by themselves.

“We’re going to need the cities’ cooperation, and some of them are ahead of us,” Rodriguez said. “The Coachella Valley has been working hard on their homeless problem for 12 years. But we feel like our plan achieves realistic goal that we can meet.”