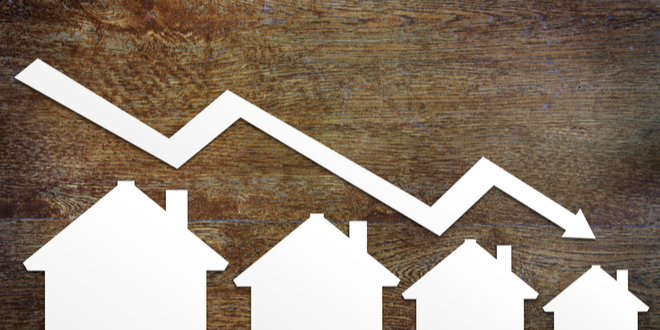 Sales of existing single-family homes in California totaled 334,970 in June, down 8.4 percent from May and 20.9 percent year-over-year, according to the California Association of Realtors.

Single-family home sales were down nearly 11 percent during the first half of this year, the Los Angeles-based trade association reported.

The above numbers are based on data provided by more than 90 real estate associations and multiple listing services statewide.

The sales data is annualized, meaning it represents what would be the total number of homes sold during 2022 if sales maintained the June pace throughout the year. Those numbers take into account seasonal factors that affect home sales.

“Excluding the three-month pandemic lockdown period in 2020, June’s sales level was the lowest since April 2008” said Jordan Levine, the association’s vice president and chief economist, in the statement. “With inflation remaining high and interest rates expected to climb further in the coming months, the market will normalize further in the second half of the year, with softer sales and more moderate price growth.”

Sales were down 4.8 percent month-over-month and down 27.5 percent year-over-year, the association reported.