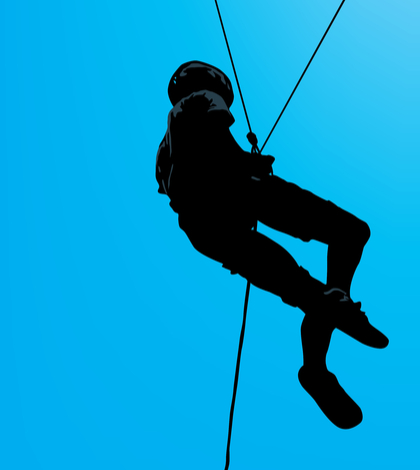 Moreno Valley Mayor Yxstian Gutierrez wanted to make a dramatic gesture to show his support for Habitat for Humanity, the international nonprofit agency that builds houses for people in need.

So he decided to rappel off Riverside City Hall, a 123-foot drop down the seven-story edifice at 3900 Main St.

“He’d never rappelled before, so there was a little apprehension, but he did great,” said Kimberly Sutherland, Moreno Valley’s public information officer. “He wanted to show how much he appreciates the work Habitat has done in Riverside County, especially for our veterans.”

Gutierrez’ act of daring earlier this month was part of “Over the Edge,” a two-day fundraising effort that raised more than $48,000 the local Habitat for Humanity chapter. That money will be used to pay for therapy and financial counseling for the families of local veterans.

A typical Habitat for Humanity house costs about $250,000 to construct, Sutherland said.

During the past two years, that organization has built 12 homes in Riverside County, and it expects to break ground on about 30 more in the next few months, according to a statement.