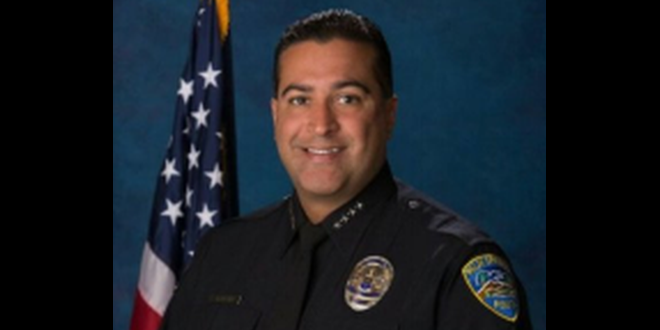 Reyes to step down as Palm Springs police chief

Bryan Reyes has announced that he will step down as Palm Springs’ police chief.

A 27-year department veteran, Reyes will retire August 23 after six and one-half years as head of the department, according to a statement on the city’s website.

Reyes began as a patrol officer in 1993, then moved up through the ranks: detective, sergeant, lieutenant, captain then chief.

“Chief Bryan Reyes has led the Palm Springs Police Department exceptionally well,” said Palm Springs City Manager Justin Clifton in the statement. “He is a tremendous leader and somebody that provided the continuity, stability and vision for his team and our community.

“It’s nearly impossible to appreciate how rare it is for someone of his caliber to commit 27 years to a community.”

Reyes’ accomplishments include strengthening the department’s community policing in neighborhoods, expanding outreach and engagement with residents and businesses through town hall meetings and putting in place social media platforms and updated technology.

The search for Reyes’ successor is underway, according to the statement.