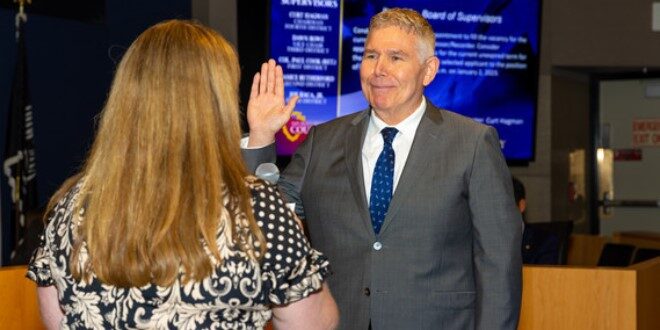 Wilhite has spent more than 22 years in public service in the assessor-recorder-clerk’s office as lead appraiser, according to a statement on the county’s website.

He replaces Robert Dutton, who passed away in June. Dutton won the June primary for the assessor-recorder-clerk seat,which would have kept him in office until 2026.

Later this year, the board of supervisors will appoint someone to fill the first two years of that term, which will begin in January. A special election will be held in Nov. 2024 to decide who will fill the last two years.

Wilhite has indicated he will ask for the two-year appointment but has not said if he will run in the special election, according to the statement.

“Chris will be an asset interim assessor-recorder-clerk, and I have every confidence that he will carry on the legacy of Robert Dutton who left us before the end of his term,” said Curt Hagman, chairman of the board supervisors, in the statement. “Chris’s appointment will ensure that the county continues to carry out important services and upholds the customer service that the public deserves and expects.”