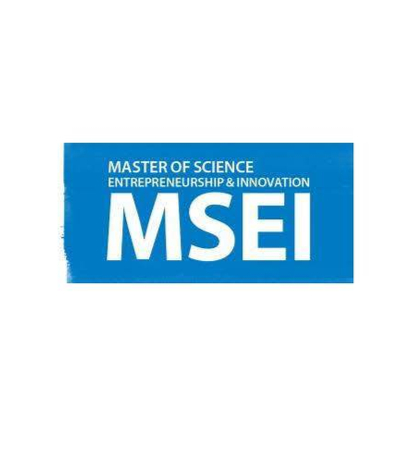 The Master of Science in Entrepreneurship will feature mentors from the business world and will stress starting businesses from the ground up. The program comes at a time when the traditional MBA is slipping.

The Master of Science in Entrepreneurship and Innovation, which is scheduled to launch in August, is geared more toward starting a business or improving an existing one, said Michael Stull, professor of entrepreneurship.

While it will still offer the traditional Master of Business Administration, the business school is trying to branch out and offer students – particularly ones who have a workable idea for starting their own business – something different.

The general MBA, which has been offered at U.S. colleges and universities for years, covers a wide range information but does not focus on a specific discipline. Specialized master’s degree programs – like the Master of Science in Entrepreneurship and Innovation – offer a more specialized approach.

One feature of the program is that students will be paired with an experienced entrepreneur, who will act as a mentor during the academic year and help the student get their idea for a business off the ground.

Ultimately, the goal is an academic curriculum that helps a student, or a team of students, launch their own business.

A few business schools are already offering similar programs, partly because the traditional MBA is beginning to lose some luster, Stull said.

“The idea for a program like this [at Cal State San Bernardino] has been around for a about four or five years,” said Stull, director of the Inland Empire Center for Entrepreneurship, which is part of the business. “We’re putting it in not just because other business schools are doing it, but because it’s what more students want.

“They’re looking for practical information so they can start their own business.”

Cal State San Bernardino will be the first public university in California to offer such a master’s degree. Two private universities, USC and the University of San Francisco, offer similar programs.

Nationwide, fewer than 35 universities offer such a program, Stull said.

For years, the MBA was seen as the best, and fastest, way to success in management.  But cost – the degree can cost more than $100,000 – has caused some students to shy away from pursuing one.

Another factor is the strong job market of the last eight years or so. A lot of young professionals are making good money and see no reason to get an MBA.

Applications to traditional MBA programs at U.S. business schools dropped 70 percent between 2017 and 2018, according to the Graduate Management Admission Council, an international nonprofit organization of business schools.

Enrollment in MBA programs was also down during that time, and even the elite business schools were not immune.

Harvard Business School dropped 4.5 percent, its largest decline in five years. Stanford Graduate School of Business experienced a 4.6 percent drop year over year while enrollment at the Wharton School of Business at the University of Pennsylvania fell by 6.7 percent, according to the council.

The Master of Science in Entrepreneurship program hopes to attract eight to 10 students during its first year and will take 24 months to complete, unless the student signs up for the accelerated 16-month program. Thirty units will be needed to receive a degree.

The program is not restricted to students with a bachelor’s degree in business, but is intended to appeal to anyone with a technical or other non-business degrees, according to a description of the program.

Briil, 29, has already started his own business: www.baseballbrilliance.com, which sells compression arm sleeves, a device that helps develop a healthier arm.

Having forgone baseball to be a full-time businessman, Brill has enrolled in the Cal State San Bernardino program, believing it will help him develop ideas for other businesses.

“I like the idea of a master’s in entrepreneurship and that you’ll have a mentor from the business world who will help you come up with ideas,” said Brill, who started his online business after noticing other baseball players wearing the special arm sleeve.

“I’ve always been entrepreneurial, and I got interested in e-commerce when Amazon got going,”  Brill said. “I’ve got some ideas for businesses, but I could use some help developing them.”

For years business schools have worked with mentors from real businesses, but that approach is not easy to keep in place, said Jay Prag, professor of economics at the Drucker School of Management at Claremont Graduate University.

“We’ve done it in the past, but it’s difficult to find mentors who can stick with it,” Prag said. “They are generally busy people. You need a stream of mentors to make it work, and it does work if you can sustain it over time.” 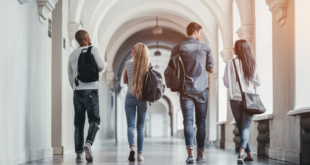