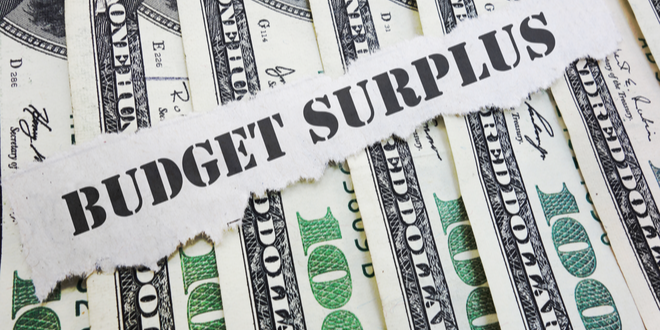 State housing industry has its eyes on budget surplus

Gov. Gavin Newsom recently announced a budget surplus of nearly $100 billion, which has various interest groups throughout the state scrambling for their share. One of those is the housing industry, which is making its case for getting some help from Sacramento.

California has a $97.5 billion surplus, and the state’s housing industry would like a piece off that large pie.

Last month, one day after Gov Gavin Newsom announced the surplus the California Homeownership Coalition issued a statement saying it was asking for $600 million to help low-income families buy homes.

That request, endorsed by a bipartisan coalition of state legislators that included Assemblywoman Eloise Reyes, D-Colton, declared that such a move would help families build equity, increase community stability and benefit future generations.

The $600 million would include $400 million to pay for the CalHome program, which builds affordable housing statewide. It would also contribute $200 million to the state’s down payment assistance programs, while helping to address “systemic inequities” in California’s homeownership rates.

Six hundred million dollars would be “extremely modest” given the size of the surplus, which was originally expected to be $68 billion, according to the coalition.

“While I am encouraged by the governor’s inclusion of $500 million in the May revision to accelerate the production of affordable housing, Californians need access to affordable homeownership opportunities,” Reyes said in the statement. “Homeownership is proven to help families build generational wealth and achieve financial stability.

“This is especially true for families of color and those from low-income communities.”

The proposed budget totals $300.7 billion. If approved by the state legislature, $660 million will be spent on public safety, $14.7 billion on eliminating homelessness, $37 billion on infrastructure [including broadband installation] and $18.1 billion on inflation relief.

During a news conference, Newsom called the $97.5 billion surplus unprecedented in the country’s history.

“No other state has ever experienced a surplus as large as this,” Newsom said.

Any group with its eye on the surplus, isn’t battling over $97.5 billion. By law, about half of the surplus must go to schools and other sectors, which will leave the state just under $50 billion to spend however it wants.

There are several reasons why the homeownership coalition believes a percentage of the surplus should be used to help build more houses.

California ranks second-to-last in the United States in home-ownership rates, which measures the percentage of homes occupied by their owner. That’s one incentive for the Newsom administration to pump some life into the housing industry, said Debbie Arakel, executive director of Habitat for Humanity California.

A Georgia-based nonprofit that builds quality affordable housing for underprivileged families in an estimated 70 countries, Habitat views home ownership as more than something that gives people a place to live, Arakel said.

“While we applaud more housing opportunities across the spectrum … we at Habitat know that ownership is transformational, because it goes far beyond walls and windows,” Arakel said in the statement. “It leads to improved health, [better ] financial, and educational outcomes and stabler communities.

By law, California cities must comply with the state’s Regional Housing Needs Allocation, which is the number of houses cities must plan to develop in order to keep up with growth. The program is conducted in eight-year cycles – the current cycle is 2021 to 2029 – and is overseen by the state Department of Housing and Community Development.

The state has the highest housing costs in the country, mostly because demand remains high but housing construction has lagged in roughly the last 10 years, according to the home ownership coalition.

Since 2010, only 1.1 million housing units have been built in the state, and the state’s homeownership percentage declined to 56 percent during that time, according to the homeownership coalition, which advocates for policies and funding that help people own their own home.

The state would see more houses built if some of the fees homebuilders are required to pay were reduced, starting with the money they must put up to build schools, said Carlos Rodriguez, executive officer of the Baldy View Chapter of the Building Industry Association of Southern California.

By law, school construction fees are paid by the state and the developer, 50 percent each, with the total amount determined by the size and location of the school. The state typically pays its share with revenue from statewide bond sales approved by voters, while homebuilders pay out of their own pocket, Rodriguez said.

More housing units – single-family homes, apartments, townhomes, condominiums, housing for the elderly and underprivileged – would be built If the state were to use some of surplus to cover the homebuilder’s side of the equation, which can get very expensive and add to the cost of homes, according to Rodriguez.

“The state needs to build about 3.5 housing units in the next 10 years, and it has a record surplus right now, so it makes sense,” Rodriguez said. “At this point we think it would be the right thing to do.”