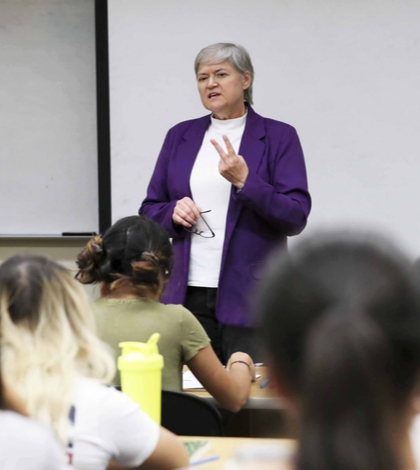 Janet L. Kottke, professor of psychology at Cal State San Bernardino, has received the distinguished teaching contributions award from the Society of Industrial and Organizational Psychology.

An instructor at the school since 1985, Kottke – who teaches graduate and undergraduate courses – has more than 160 publications, presentations, and reports co-authored with students and alumni, according to a statement on the university’s website.

One year ago, Kottke was named a fellow with the American Psychological Association, “an honor bestowed upon APA members who have shown evidence of unusual and outstanding contributions or performance in the field of psychology,” according to the APA’s website. “Fellow status requires that a person’s work has had a national impact on the field of psychology beyond a local, state or regional level.”

In 2009 she was named CSUSB’s Outstanding Professor for the 2008-09 academic year, according to the statement.