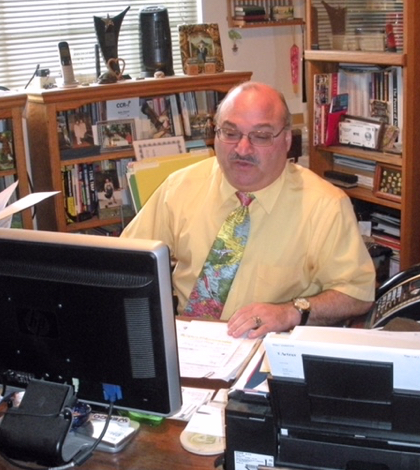 Eddy Sumar has started a website that helps small businesses get into foreign markets.  Anyone may use it free of charge, although Sumar warns that doing business outside your home country can be difficult and complicated.

Six years ago, Eddy Sumar came up with an idea that would help businesses in the Inland Empire connect with large businesses in foreign countries.

Sumar, who has run ERS Consulting Services out of his home in Rancho Cucamonga for the past 10 years, realized there was an untapped market in the region: a lot of local businesses, especially small to medium-sized ones, weren’t able to tap into the global market, even with the internet at their disposal.

At the time, Gov. Arnold Schwarzenegger was cutting the state’s budget, and one of the agencies that lost considerable funding was the Center for International Trade Development, which had 14 offices statewide, including one in the Inland Empire.

“Right then I got the idea of creating a website where people could get all the information they needed to do business wherever they wanted,” said Sumar, whose company specializes in credit management, customer service and international commerce and trade.

“But I wanted the emphasis to be on the global market, and I wanted to emphasize small businesses, because they’re the ones that need the help.”

In April 2014, Sumar – who grew up in Jerusalem and emigrated to the United States in 1987 – started globalcreditconsortium.com, a website that bills itself as a primary source of data for international business and governmental information. Most of its sources are government agencies, like the U.S Commerce Department, the U.S. Small Business Administration and the Export-Import Bank of the United States.

There’s even a link to the website of the Central Intelligence Agency, a site Sumar calls an invaluable resource for information, both business and non-business, regarding the world’s 195 countries.

“If you want to know who’s in charge, what the major businesses are or what the geography is like, the CIA site is as good as any out there,” Sumar said. “It’s invaluable, because it has the kind of information you need if you’re serious about doing business in a foreign country.”

Sumar spoke with IE Business Daily recently about why it’s difficult for small to medium-sized businesses to connect with businesses in other parts of the world, his long-term plans for the website and why he intends to keep it available to everyone for no charge.

Q: Let’s use the SBA’s definition of a small business: less than 500 employees and $3 million in annual revenue. Why do they need help navigating the global market? Can’t they get information off the internet like any other business?

A: Yes, but they don’t have the resources to take advantage of that information once they get it like the larger companies do. One thing I want to stress is that anyone can use this site, but it was definitely set up with small businesses in mind.

Q: How many links do you have?

A: I haven’t counted them, but the number of links isn’t the issue. We have a link that will get you to 120 other website. There’s another link that takes you to 30 or 40 videos. I just keep adding them, websites and other sources of information, whenever I find one that I think might help someone.

A: No. As long as you’re directing people to a site, and not trying to take content, then copyright infringement is not an issue. But we’re still playing it safe. For now, we’re working mostly with government websites.

Q: No membership is required, and you aren’t charging a fee. Do you plan to keep it that way?

A: Yes, I do. I think the site would lose some of its appeal if I charged people to use it. I’m hoping that it drives people to my consulting business, but I’m not a non-profit. Not many people pay the bills running a website.

Q: You continue to assist people after they’ve visited your site?

A: Yes. If they want me to, I can put them in touch with people who will tell them if they’re export ready. You don’t just start doing business in a foreign country. It’s a complicated process that sometimes can take a few years.

Q: What does ‘export ready’ mean?

A: Basically it means are you familiar with how a country does business – because they’re all different – and you have a product that you’re pretty certain will sell in that country. I tell people that they shouldn’t even approach the Small Business Administration, or the Commerce Department, unless they know they’re export ready.

Q: How do you know when you’re ready to conduct business in foreign country?

A: You have to have a product that you’ve been able to sell successfully. If you haven’t done that then there’s no way you will ever get started. You also have to do a lot of research. You need to know everything there is to know about how they do business in that country. When I worked for Rain Bird, the sprinkler company, and we went into Australia, we had to make sure that each of our products met [Australian] standards.

Q: Do you ever tell anyone they’re better off not trying to get into a foreign market?

Q: You got the idea for Global Trade Credit Consortium – that’s the formal name of the project – in 2010, but it didn’t launch until four years later.  Was there some reason why it took so long to get it up and running?

A: I had to get a partner, so I approached the [Glendale-based non-profit] Credit Management Association, because I had worked with them. It took a little persuading because they’re a domestic operation, but eventually they came around. That’s how the website operated for the first 18 months, as partnership. Now, it belongs entirely to me. 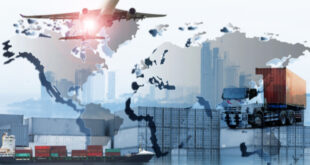